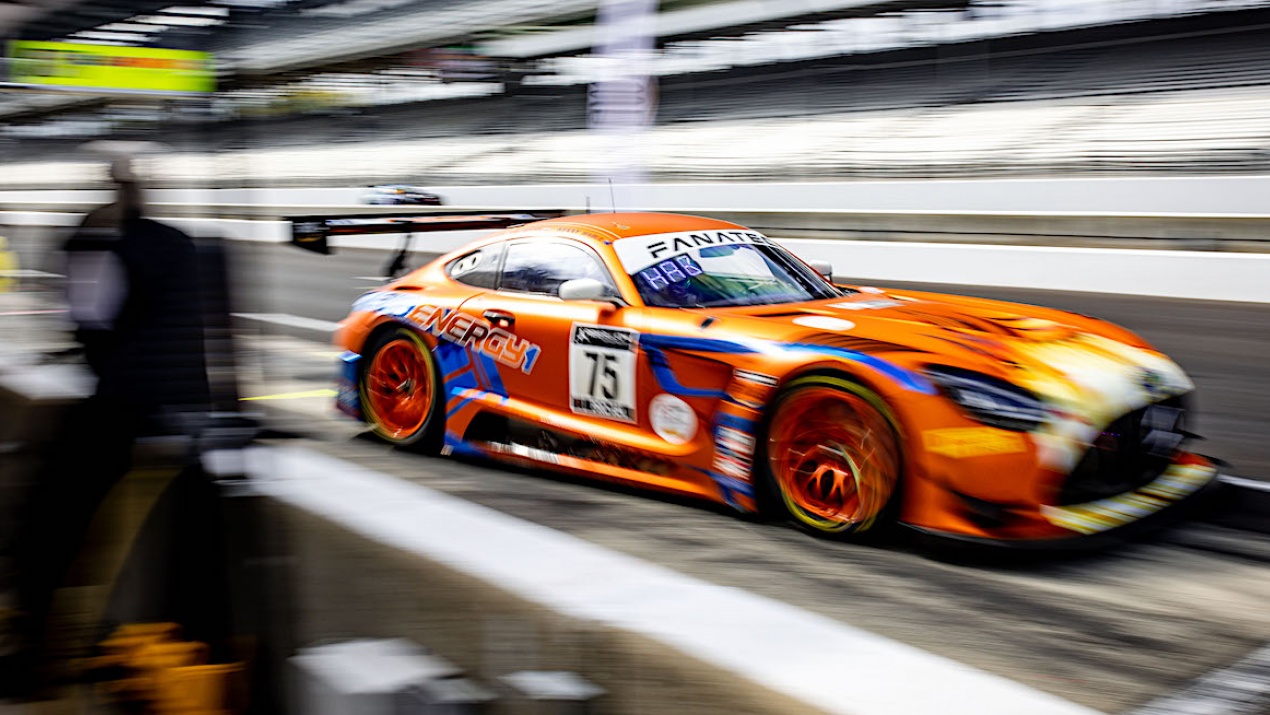 Running at the Indianapolis circuit is always a particular experience for a driver as this track is so full of symbolism. Getting a title there becomes a fabulous moment. It’s no doubt what Kenny Habul, Martin Konrad and Dominik Baumann felt by taking (for the second time consecutively for Kenny and Martin) the 2022 Pro-AM title of the IGTC.

Jérôme Policand explains: “We left Barcelona on Monday, after the finale of the GT World Challenge, with all the GT3 technical staff, so 10 people, engineers and mechanics. Kenny (Habul)’s car, prepared in Germany and sent by plane to Indy, was waiting for us at Indy with its rims, a fuel tower, a toolbox, and an adjustment platform, that means the minimum. We had to sort the rest in 3 days. Needless to say that no one was slow to get to the heart of the matter. The crew demonstrated a lot of professionalism to get the #75 competitive and powerful. Qualified on only the 8th row (P16), despite a wonderful time set in Q3 placing them second in the session (no times were set in Q1), the start was given for 8 hours of racing, and then motorsport took over.” 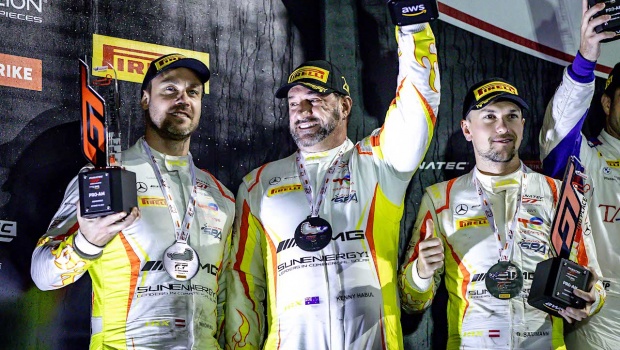 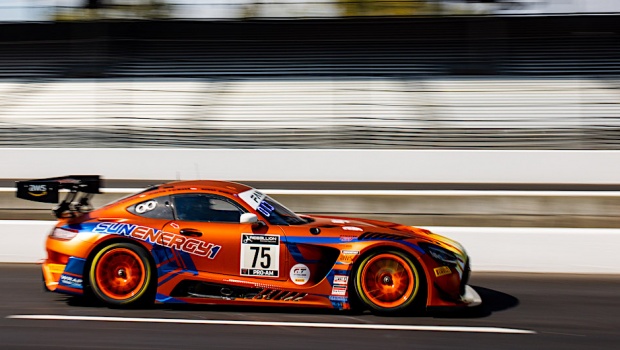 At the end of a challenging race, the #75 crossed the line P7 overall and second Pro-Am after having led in the category for most of the race. Unfortunately, a Safety Car came out at the wrong moment and lost the lap advantage the team had created. Despite a wonderful return by Dominik Baumann, the #94 BMW was impossible to overtake. The second place in Pro-AM didn’t stop Kenny Habul and his teammates from taking the IGTC Pro-AM crown, one round before the finale that will take place in Abu Dhabi in two months’ time (9-11 December). 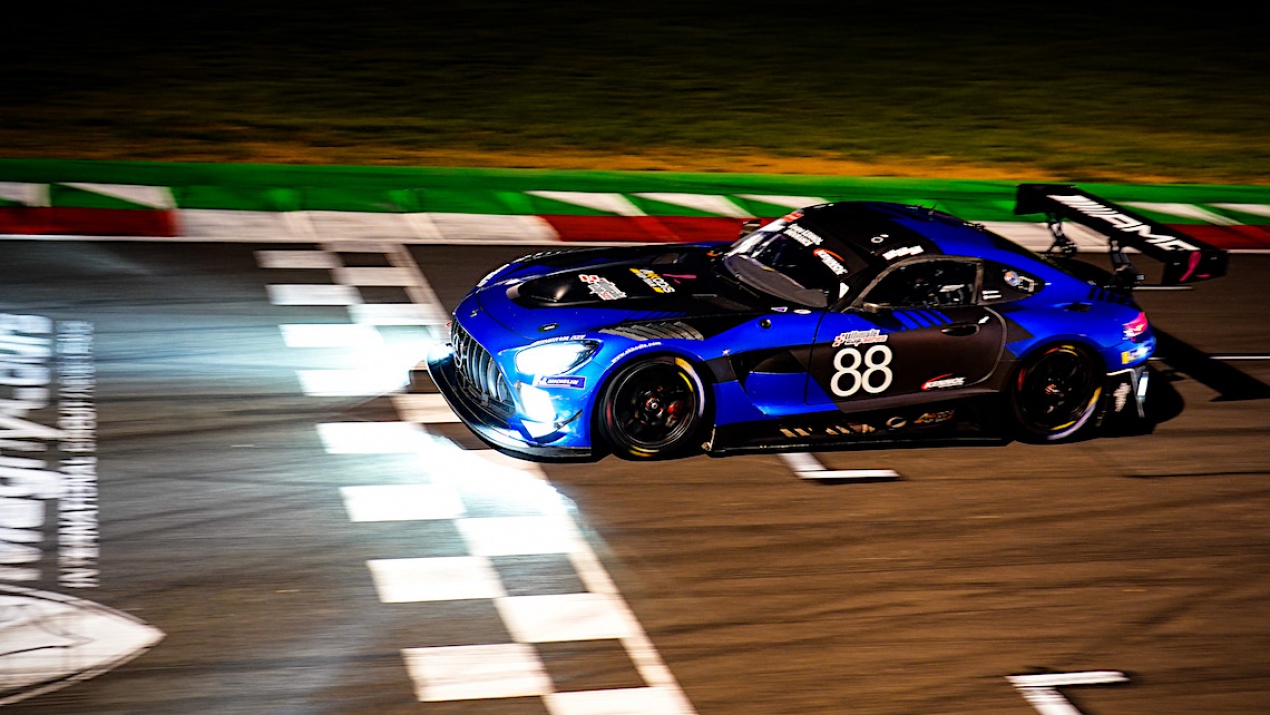 At practically the same time, another Akkodis ASP victory was being played for, at the before-last round of the GT Endurance Cup of the Ultimate Series with Nicolas Chartier and Vincent Capillaire in the #88 Mercedes-AMG GT3.

After two consecutive victories at Misano and Hockenheim, the duo of Chartier-Capillaire qualified on the first row in Nièvre. The 4-hour race took place at night, the track benefitting from the circuit’s lighting.

Race strategies were implemented because with minimum times to be respected during each of the 5 compulsory stops (depending on the composition of the crew), there was no room for error. For his first season in GT3, Nicolas Chartier was once again proving impressive as he held onto third place. 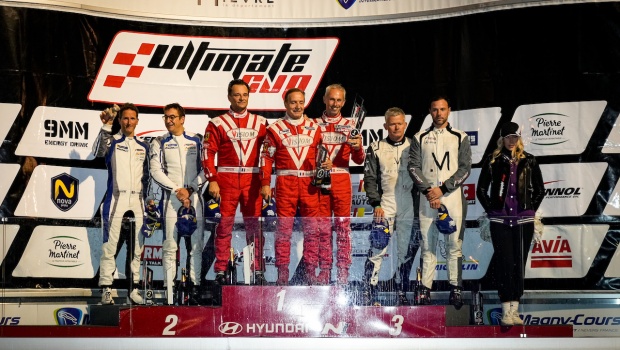 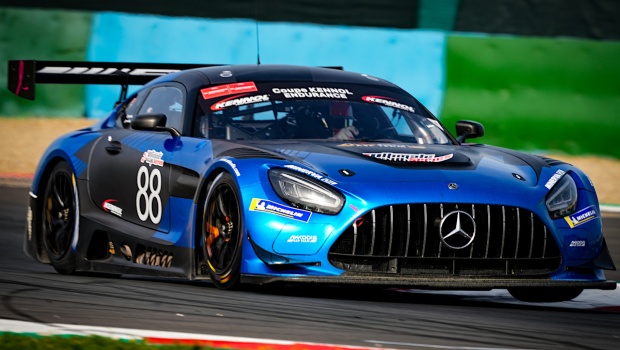 As the laps went by, the hierarchy was established. The #88 then second, went to chase down the leader. Unfortunately, despite Vincent Capillaire’s final rush that was gaining 2 seconds per lap, the Mercedes crossed the line 22 seconds behind the #2 Ferrari, the overall leader.

After victories in Italy and Germany, this wonderful podium means that we can expect a good fight for the title at the final round in a month’s time, at the Paul Ricard circuit (11-13 November).