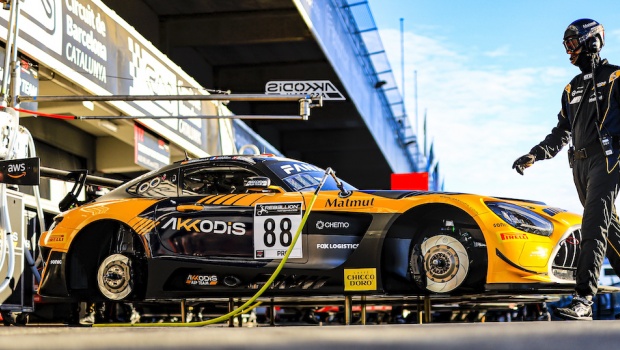 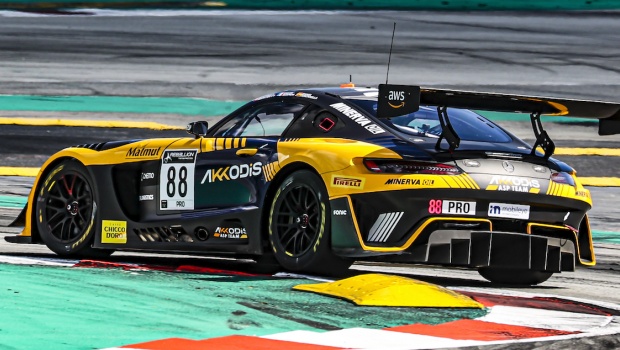 Sitting at the head of the Endurance Cup with its crew made up of Raffaele Marciello, Jules Gounon and Dani Juncadella (#88), Akkodis ASP Team was one of the favourites, having won in Barcelona in 2017 and 2021. Among the teams still in the running for the Endurance title, it was also the only one to enter a single Pro car. In Silver Cup, the crew of the #87, Thomas Drouet, Tommaso Mosca and Casper Stevenson, also wanted to end the season with a good performance.

The first laps allowed the team to fine tune their choices and test some new setups. In both sessions, the two cars were on pace, P2 Pro and P3 Silver with their best results.

In the free practice sessions Saturday morning, the temperature did not get above 10°C. A cool session interrupted by two red flags, with the first one halfway through the session. Raffaele Marciello (#88) set the 10th time and Thomas Drouet (#87) was 20th (P6 Silver). 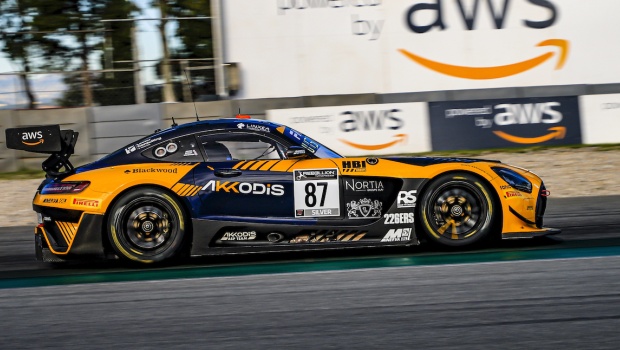 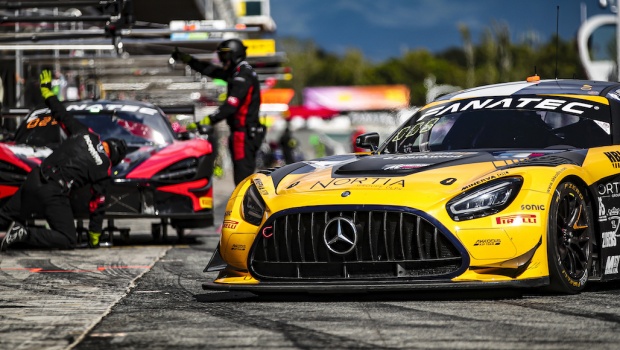 In the Pre-Qualifying session, there were no incidents and no interruption. This time, it was Jules Gounon (#88) who went fastest in the Team by setting the 2nd best time overall, 0.150s from pole. In the #87, Casper Stevenson set the third best time in Silver.

In the Qualifying session, the weather was still good and it was still relatively fresh out (17°C). Lap by lap, Raffaele Marciello, Dani Juncadella and Jules Gounon followed each other in the three sessions. In the end, with the average of the three lap times, the #88 set itself on the 4th row (P8). In Silver, Casper Stevenson, Thomas Drouet and Tommaso Mosca entered the Top 5 of the category (P19 overall).

The scenario was not ideal for going after the title, knowing that those currently second in the championship were starting from pole.

The start of the three hour race was given Sunday at 3 pm. Just like the start of the weekend, the afternoons were warm in Catalunya. No less than 27°C and a red hot track (41°C), requiring close surveillance of the tyre degradation. 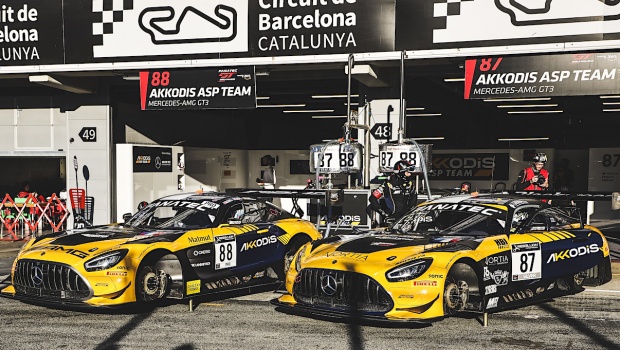 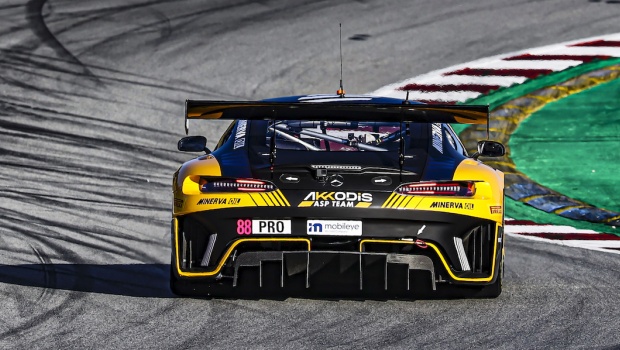 Dani Juncadella was at the wheel of the #88 when the lights went green. The Spanish driver managed his start and won two positions when he finished his first lap (P6). Same observation for Thomas Drouet in the #87 who made a jump of three places, P4 Silver and P17 overall.

The first stint took place at a very fast pace and the drivers' concentration was at its highest. In the classification, there was no notable change. With 2h06 to go, the #88 headed to the pits for a driver change. Jules Gounon got behind the wheel and headed out to join the hunt. If the pole sitters’ Ferrari stayed in the lead until the end, sixth place would not be enough to take home the Endurance title.

For the #87, the strategy was a bit different and the pit stop was done a few minutes later. Casper Stevenson headed on track with the same goal – a podium. However, after a few minutes, the #87 headed back to the pits because of a puncture. They rejoined but they lost a lot of time (P31 and P14 Silver). It would take more than that to discourage Casper Stevenson, who did not give up, but got back into the fight. 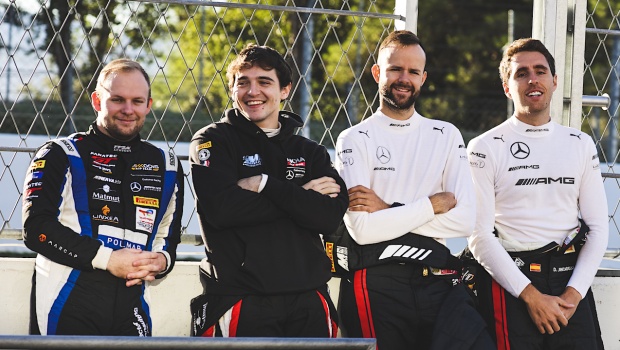 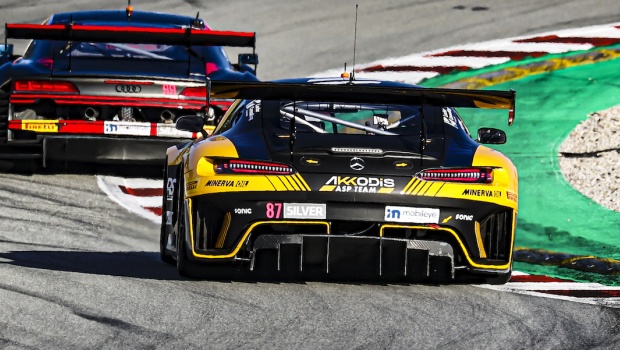 Jules Gounon continued his effort, stuck for a time behind the #159 McLaren, then settled into P5. But at the end of the stint, the Frenchman had a big fright, suffering from a slow puncture 3 laps from the end of his stint. Luckily, it did not have any impact on the classification and he handed the wheel over to a determined Raffaele Marciello. Almost at the same moment, the Ferrari lost the lead and all the hopes for the title were once again permitted for the Akkodis ASP Team drivers who would win by two points.

Lello Marciello did not waste any time and quickly set the fastest lap times in the race (he holds the track record of the Series with 1m43.296s).

In the #87, it was now Tommaso Mosca who was at the wheel. He started his stint P12 Silver (P28 overall). The young Italian didn’t slow the pace and continued to attack.

With 40’ to go, a Full Course Yellow followed by a safety-car shuffled the deck. When the cars were released again, there was 30’ of racing left. The leading Porsche kept the advantage against the Ferrari, which kept the crew of the #88 at the head of the championship. Lello Marciello was still P5 while Tommaso Mosca continued his run and gained some more places. You could feel the tension all the way to the chequered flag. Lello crossed the line in P5 and Tommaso Mosca was P9 Silver (P21 overall). 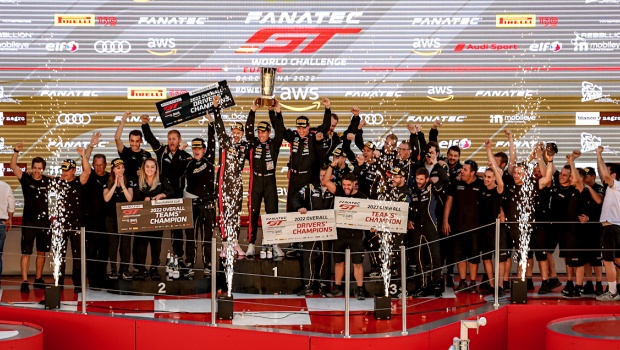 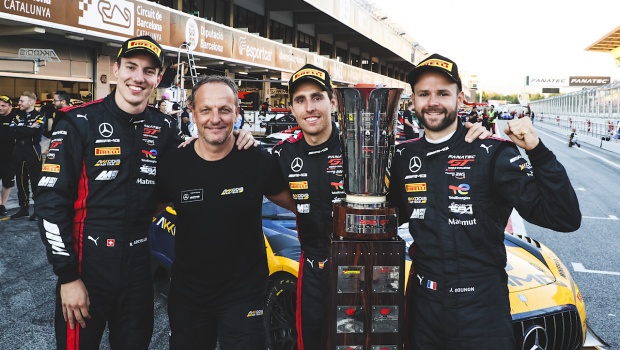 This Spanish round concluded the 2022 season with panache for Akkodis ASP Team, who managed on top of taking 6 of the 7 titles that they were entered in internationally, also wonderfully won the 24 Hours of Spa. It was an almost perfect season for the team, loyal to the championship since 2011! See you in 2023!