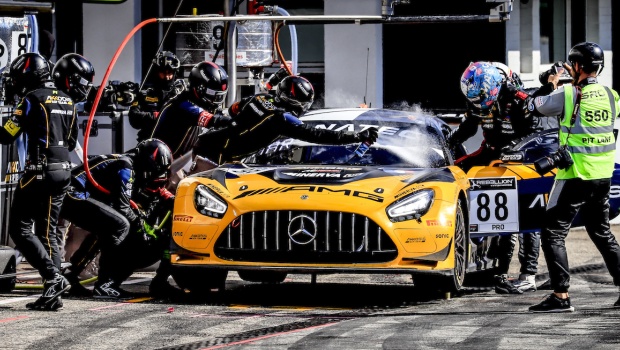 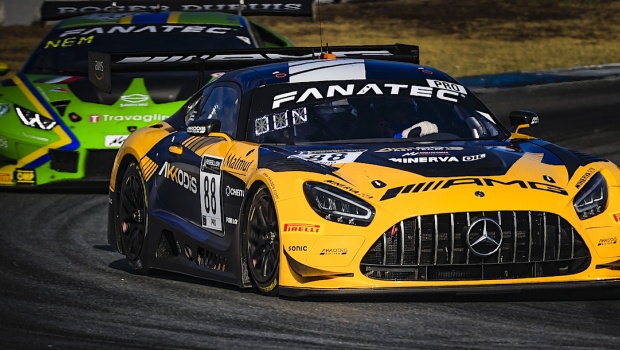 In the free practice sessions, held in the rain with 47 other crews on track, the two Akkodis ASP Team trios took their marks. The #88 took the 6th best time overall and the #87 was 6th in the Silver Cup.

When it was time for Pre-Qualifying, Akkodis ASP Team pulled out the stops and made it to the front with the #88 of Raffaele Marciello, Dani Juncadella and Jules Gounon. After the free practice sessions that morning in the rain, the session played out on dry track conditions and under a blue sky. The times improved rapidly and the best time went to Raffaele Marciello with 1m37.643s.

In the #87, Casper Stevenson, Tommaso Mosca and Thomas Drouet also proved to be very performant, with Thomas setting the third best time in the Silver Cup (P11 overall).

Before heading into the qualifying sessions, it was time for the virtual race. Akkodis ASP Team took their second double victory (two categories) and set a 1-2 overall in the Fanatec Esports GT Pro Series 2022 thanks to superb performances by Dani Juncadella and Tommaso Mosca on the Suzuka circuit. The first overall victory for the Spaniard in sim racing in the Fanatec Arena allowed Akkodis ASP Team to comfort their position as leader in the teams classification in real life. 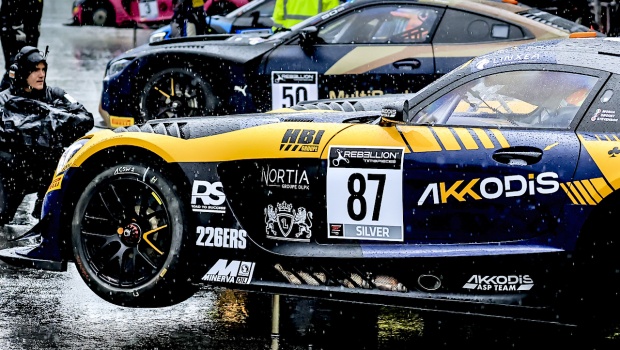 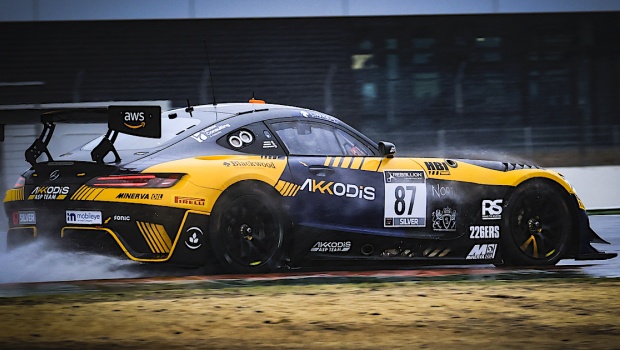 Qualifying (in the real world) didn’t take place in the best conditions, with a temperature of 20°C and a damp track. The #88 was lacking rhythm and top speed when Raffaele Marciello finished 11th in Q1 (but was also the fastest of the Mercedes-AMG). Dani Juncadella and Jules Gounon stayed outside of the top 10 in their respective sessions and with the average of the three drivers, the #88 placed itself on the 7th row (P14), its worst grid position since 2020.

In the Silver Cup, Casper Stevenson, Tommaso Mosca and Thomas Drouet did not spare any effort. The #87 settled itself on the 10th row (P19 overall) and P4 in the category. 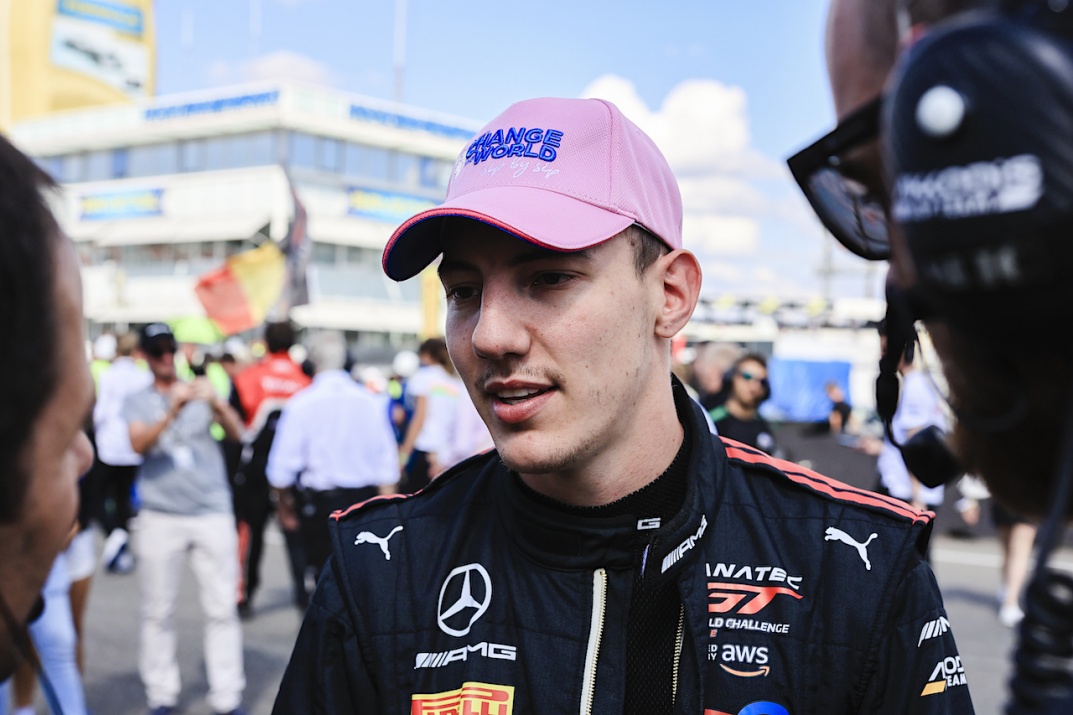 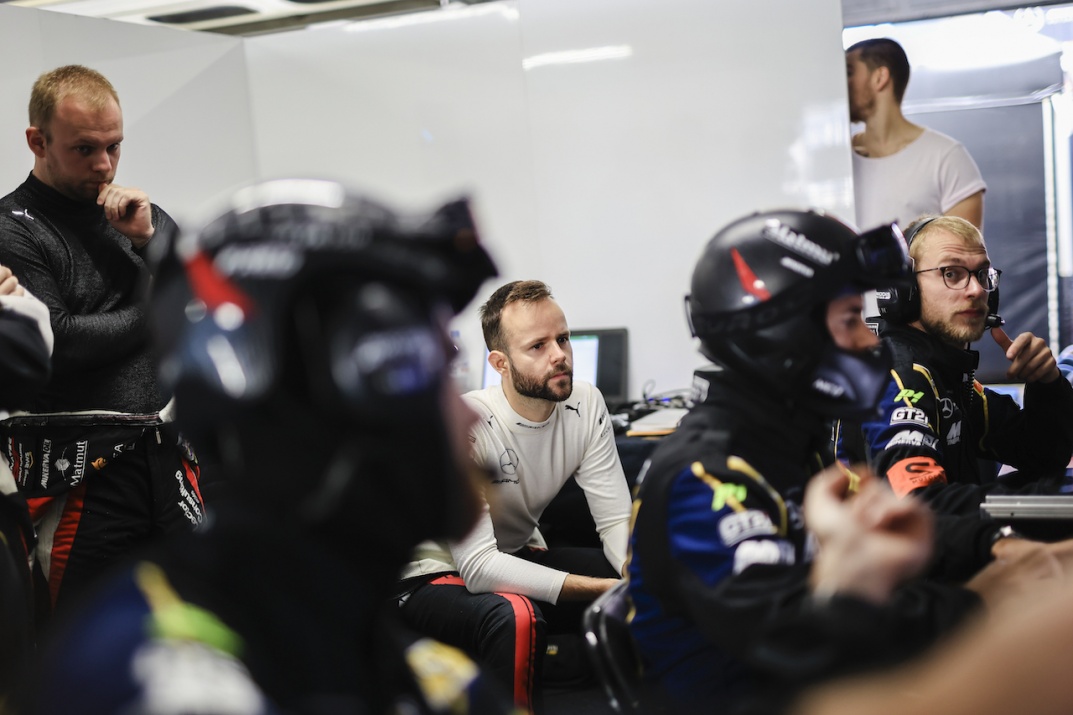 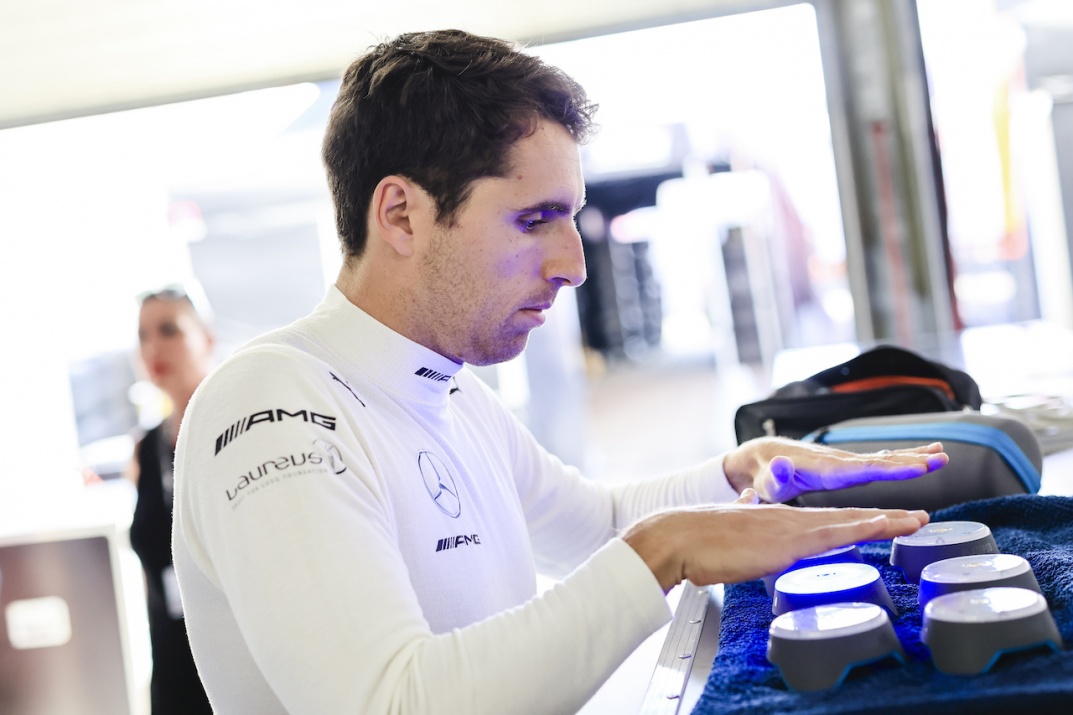 With 30 minutes to go, Jules Gounon (#88) was driving in the Top 5, then climbed to P4, but power cuts started to seriously disrupt the car before it was finally immobilised. The #88 stopped 14 laps away from the finish. It was a great disappointment to the French team and a lot of points were lost in the championship. The trio held onto the lead of the Endurance championship, leading by ‘only’ 11 points. Needless to say that it will be a hot autumn in Barcelona…

In the Silver Cup, the battle raged on. Lap by lap, Casper Stevenson, Tommaso Mosca and Thomas Drouet (#87) did not disappoint and fought at every turn. Less at ease on this track than the Audis and Lamborghinis, the Mercedes-AMG Akkodis ASP Team finished the race P6 Silver (P16 overall). 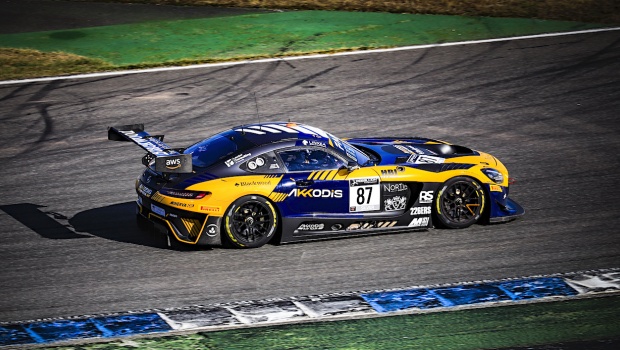 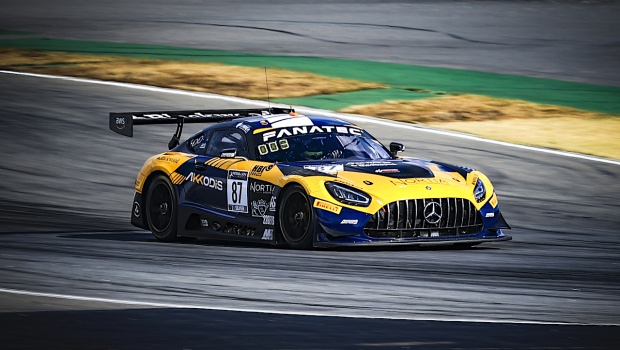 We’ll have to wait until the start of October and the end of the final race of the season to know who the 2022 Fanatec GT World Endurance Cup winner will be. The competition in Barcelona is going to be tight. As a reminder, the #88 won last year with Raffaele Marciello, Felipe Fraga and Jules Gounon… As for the team classification, Akkodis ASP Team is still in the lead with a 16 point gap.