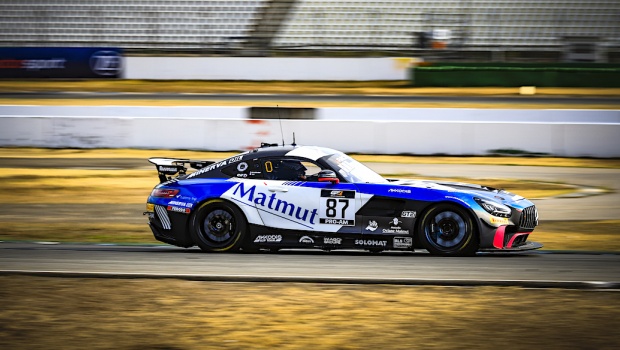 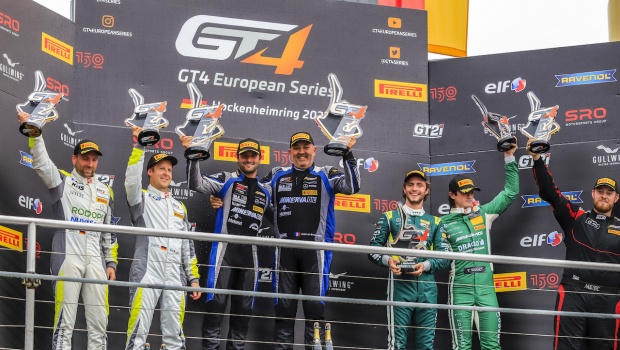 No fewer than 43 cars were on track for the first at Hockenheim for the GT4 European Series. All the categories could have crowned their champions, but in the end, only the Silver Cup gave its verdict.

In the Akkodis ASP Team clan, three cars took part in this German round (the #81 of Simon Gachet and Eric Debard being absent). As of the free practice sessions, the pace was set. Fights raged in all the categories. The #87 of Jean-Luc Beaubelique and Jim Pla set the 9th time in Pro-AM twice (P18 overall). In AM, Mauro and Benjamin Ricci (#61) set the 3rd and 6th best times, while Christophe Bourret and Pascal Gibon (#53) were P9 and P10.

When it was time for qualifying, the track conditions were not simple. The heavy rains from the morning left the track soaking wet. What’s more, the session was delayed by half an hour to clean up after a previous session. The green light was given on a track that was still damp and quite delicate to race on, allowing for just one clean drying line. Heading out on wet tyres, the crews changed over to slicks during the session.

The second session was disrupted by several interruptions, including a Full Course Yellow and a red flag. Jean-Luc Beaubelique set the 11th time in Pro-AM, while Christophe Bourret (#53) finished ahead of Mauro Ricci (#61), respectively P5 and P6. The latter was implicated in an incident that ended the session. 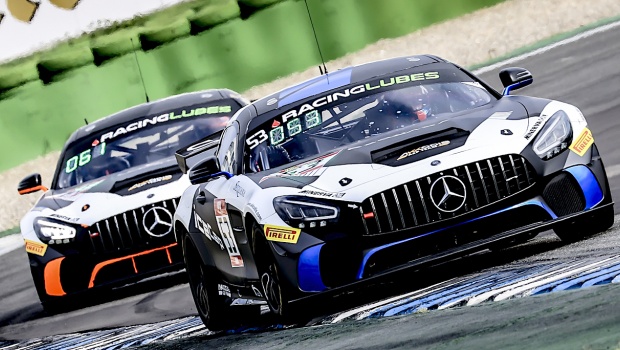 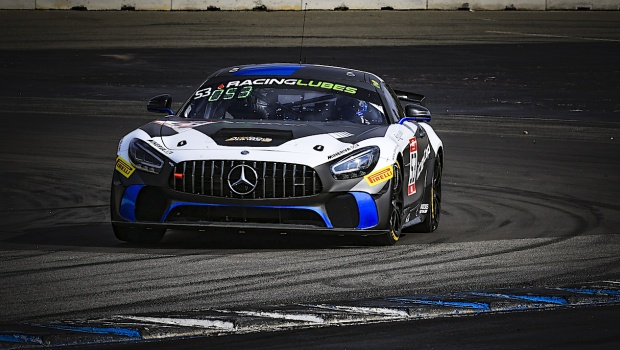 The first part of the race was marked by the display put on by Jim Pla (#87). Having started from the 6th row, Jim made a series of spectacular and effective overtaking manoeuvres and managed to get to the front (P4 by lap 10) before taking the lead. The Frenchman took advantage of this to set the best lap time in the race (in the 8th lap with 1:47.613, 153 km/h). At the driver change, Jean-Luc Beaubelique took over the wheel but suffered from pressure from the Silver drivers. Overtaken in the general standings (P5 overall), Jean-Luc held firmly onto the lead of the Pro-AM category. The rain arrived and made the track even more delicate, requiring the safety car to intervene and to stay out until the chequered flag. Jean-Luc thus gave Akkodis ASP Team another victory (the third for the #87), and, with a 43 point lead, the title is getting nearer…

In AM, the championship leaders, Mauro and Benjamin Ricci (#61) finished the race in the category’s Top 5, with just a 5 point lead in the championship. Unfortunately, great disappointment for Christophe Bourret and Pascal Gibon aboard the #53. Caught in a collision with a BMW, Pascal Gibon was forced to retire, no point scored and a damaged car to be fixed. 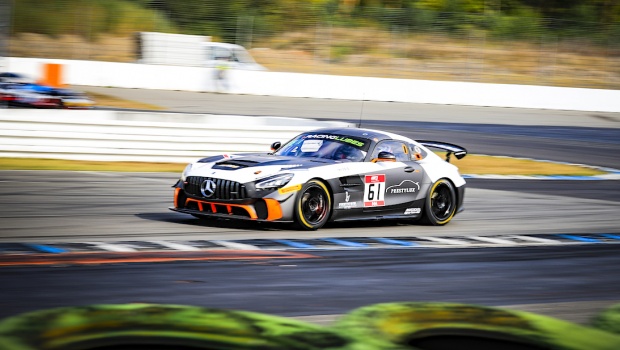 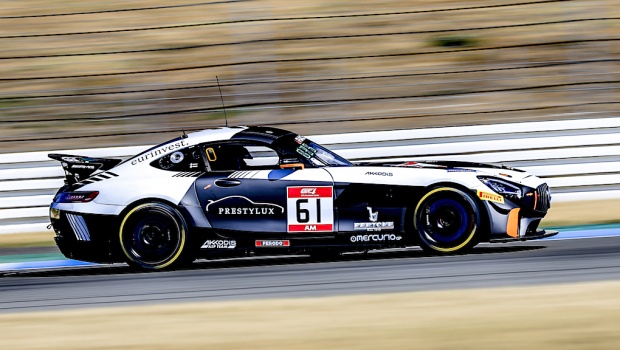 At the start of Race 2, Jean-Luc Beaubelique and Jim Pla were a hair’s width away from the Pro-AM title. Three small points were needed to guarantee the title. But things rarely go to plan.

At the wheel for the first stint, Jean-Luc suffered a puncture but stayed in the leading lap with the intervention of the safety car. At the driver change, Jim Pla knew that 8th place was sufficient to ensure the title. Unfortunately, the #87 got a two second stop and go penalty for a non-compliant lap, their pit stop was too short. Despite that, Jim Pla managed to score a single precious point.

In AM Mauro Ricci (#61) was exceptionally allowed to drive alone for this second race. In fact, Benjamin went to join his family as a baby was on the way. With a consistent and steady pace, Mauro finished at the foot of the podium in the category, and though he lost the lead of the championship, he’s only 5 points behind the new leaders. Everything is still possible to take the crown, knowing that at Barcelona he’ll be able to count on an experienced driver to share the car, Fabien Barthez.

Also in AM, this second race allowed the crew of Christophe Bourret – Pascal Gibon to distinguish themselves. At the end of an efficient and consistent race and without making the slightest mistake, the duo climbed onto the third step of the AM podium, their first podium on this very tough European championship. A great and legitimate satisfaction!

To find out how the season will end, we’ll have to wait for the final round of the GT4 European Series which will take place at the Catalunya Circuit in Barcelona, from the 30th of September to the 2nd of October.