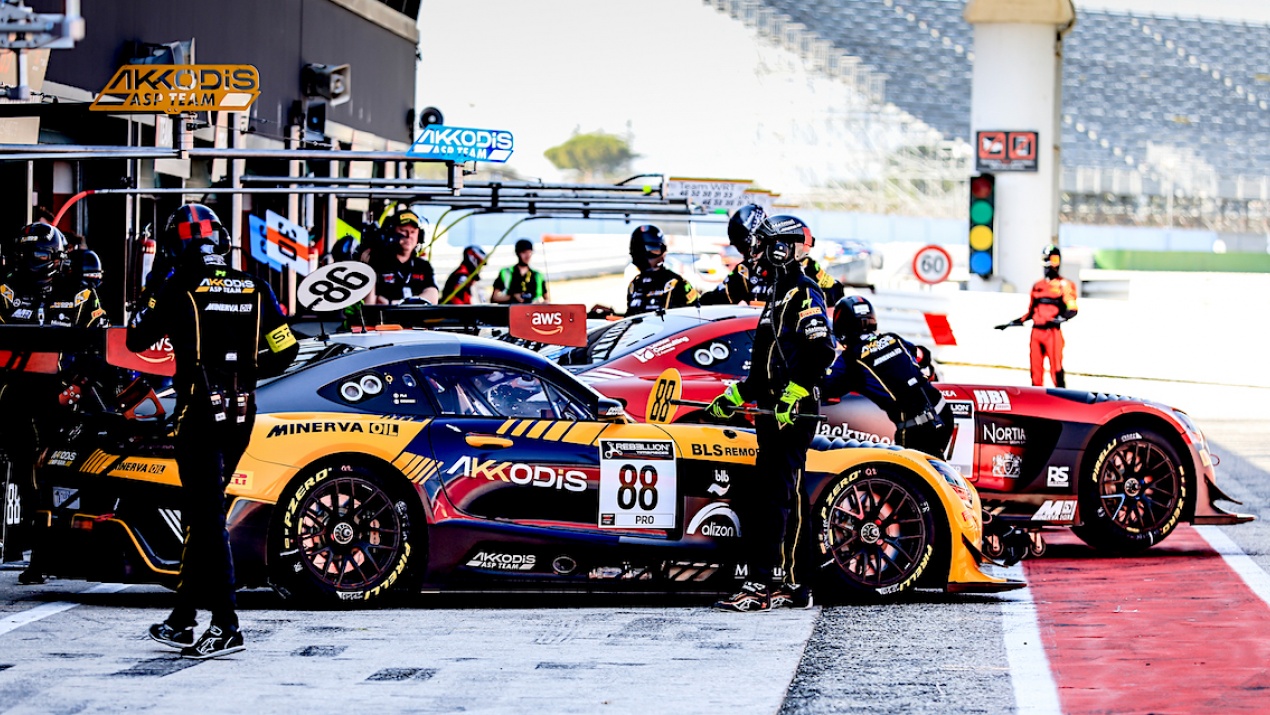 The result of the Pre-qualifying session was rather unusual, because the #89 of Marciello-Boguslavskiy could not do better than P15 (P10 Pro). Having been second that morning, Lello found himself nearly a second off the reference time, but the best of the Mercedes-AMG cars. Jim Pla and Jules Gounon followed, P11 Pro. In Silver Cup, the #87 and #86 were respectively P7 and P9.

The first qualifying session took place Saturday morning and it was already hot out. The fight was on and the competition was fierce. There were a lot of lap times cancelled due to non-respect of the track limits. More than 400 infractions were recorded between the free practice and pre-qualifying sessions. 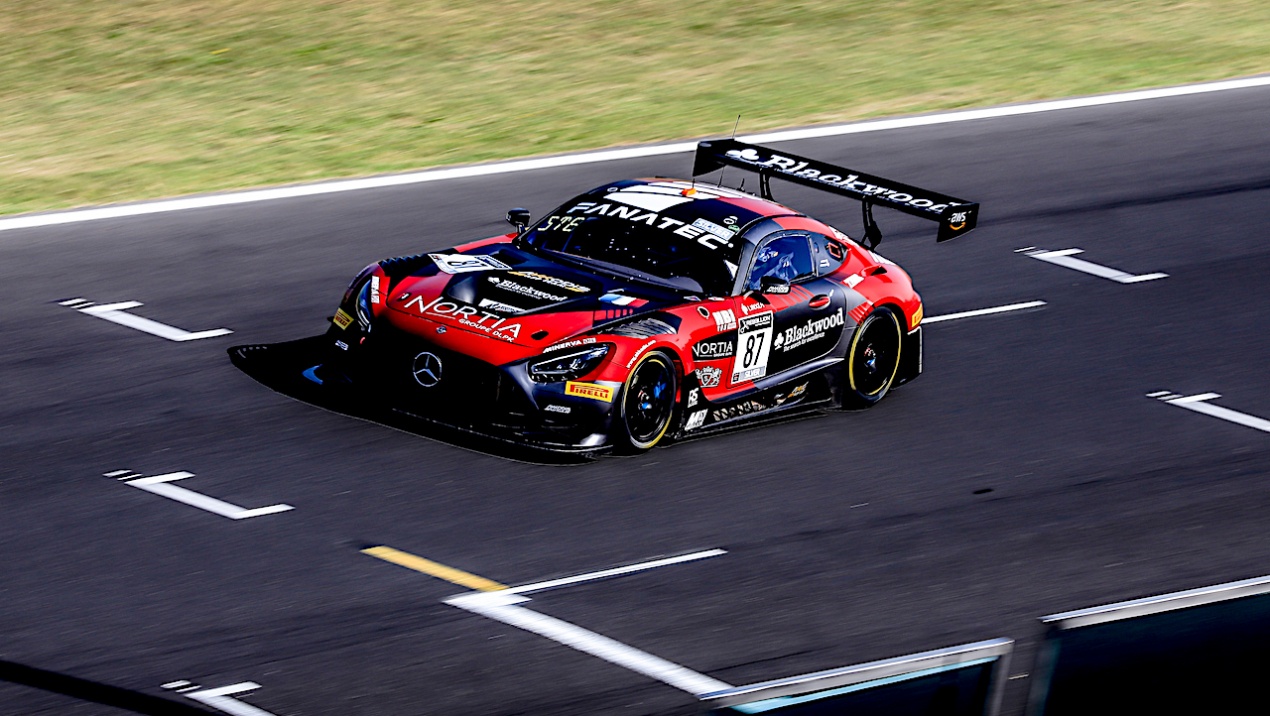 In this turmoil, Timur Boguslavskiy (#89) set an excellent second time, just ahead of Jim Pla (#88). But unfortunately, this grouping did not materialise on the grid. In fact, following a misunderstanding of the designation of ‘Driver 1’, (Jules Gounon should have been driving), the #88 did not keep the benefit of this time. Jules Gounon was then considered to have not set a time and would start from the back of the grid for Race 1.

The second qualifying session, the next morning, began in as turbulent manner as the day before. In the second part of the session, Raffaele Marciello (#89) placed himself at the lead of the classification with 1m31.361s, looking for his fourth consecutive pole position in Sprint, before his championship rival, Dries Vanthoor, went quicker. Bothered by the traffic during his last quick lap, Lello Marciello could not improve and had to make do with the second row and fourth time. Jim Pla (#88) entered into the Top 10 of the PRO (P17 overall). In the Silver Cup category, Thomas Drouet (#87) was P7 and Petru Umbrarescu (#86) P9. 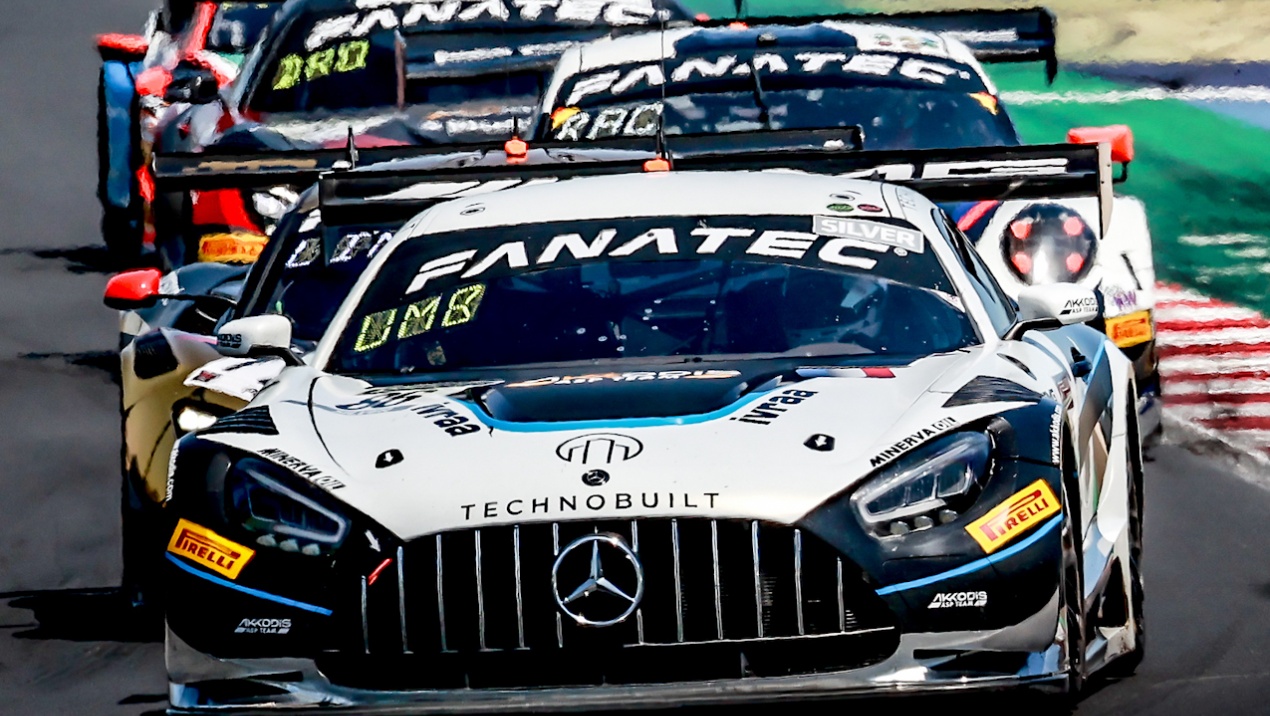 For the first race, 27 cars were lined up at the start and it was still just as hot. Timur Boguslavskiy had an excellent start and held onto 3rd place, while Jules Gounon started last. The two Silver, Casper Stevenson (#87) and Igor Walilko (#86) also performed well to get out of the pack, P11 and P12, or P4 and P5 Silver.

But the safety car was already called out by the end of this first lap, for a crash at the rear of the pack. At the restart, everyone got back into the rhythm, especially Jules Gounon, who released the horses and went after his adversaries one by one.

At the front, Timur Boguslavskiy, sill P3, advanced with the regularity of a metronome and did not make any mistakes, while the two Silver drivers kept up their pace. Before the pit window opened for the driver change, Jules Gounon climbed back into the Top 15. Timur and Casper Stevenson were the first of the team to head back to the pits. 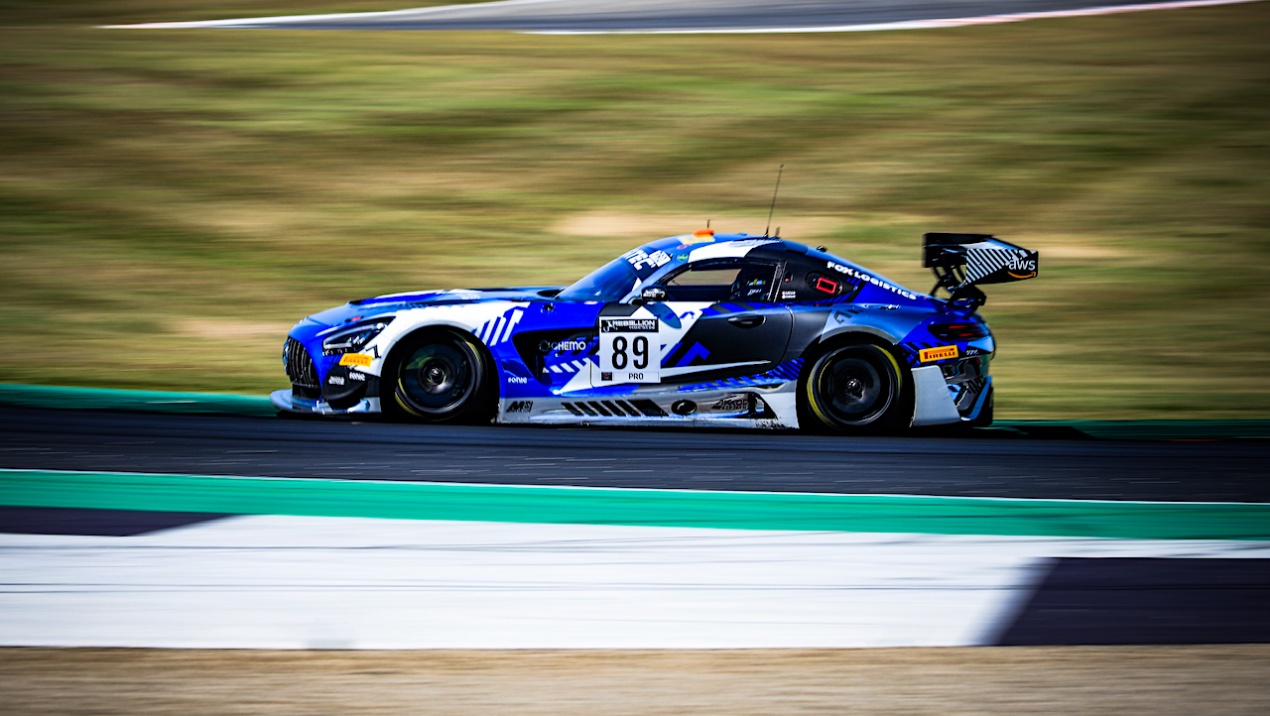 After an excellent stop, Lello Marciello headed out in P2 and took to the track with the bit between his teeth. As of the start of his stint, he was the quickest, setting down the best laps in the race one after the other (his sixth in seven races). In the #87, Thomas Drouet entered the track, also super motivated by the challenge. Petru Umbrarescu got into the #86, while Jules Gounon handed over his to Jim Pla.

It was in this order that the four Akkodis ASP Team cars crossed the chequered flag. Lastly, after a penalty for the #112, Thomas Drouet and Casper Stevenson (#87) finished one place off the Silver Cup podium (P9 overall), ahead of their teammates Petru Umbrarescu and Igor Walilko (#86) P5 Silver (P15 overall). The performance of the day went to Jules Gounon and Jim Pla (#88) who climbed 17 places, finishing in the Top 10. Well done guys! 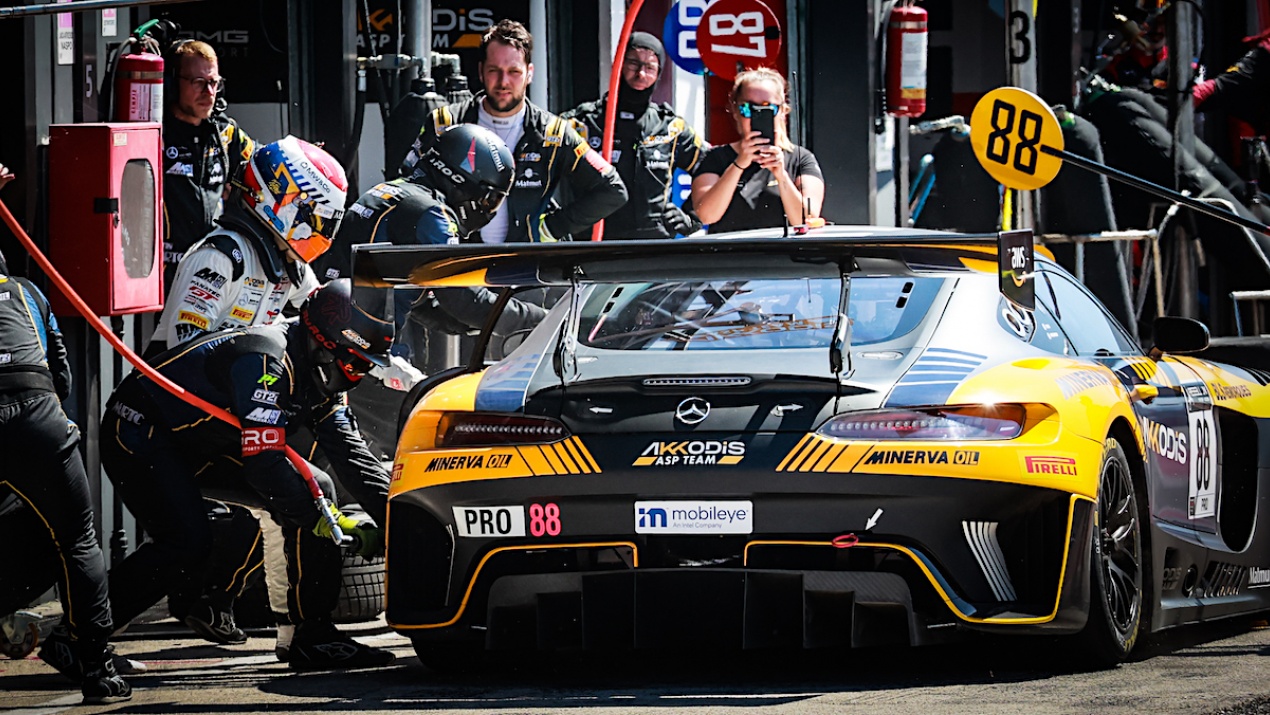 At the start of the second race, Raffaele Marciello held onto his position (P4) while Jim Pla shot off like a canon and took back five places (P11). In the pack, the start was a bit more muddled and things got bumpy, namely forcing Thomas Drouet to take a very wide trajectory (P20) and allowing Petru Umbrarescu (#86) to gain four positions.

As of this first lap, the safety car came out on track but only stayed a few minutes. At the restart, the fight started up again. Lello was still p4, but Jim Pla passed into P9. Petru Umbrarescu and Thomas Drouet were P8 and P9 Silver, and they were going for it…

At the end of a solid stint, Jim Pla (#88) handed over the wheel to Jules Gounon, then Casper Stevenson succeeded to Thomas Drouet (#87), and Igor Walilko handed over to Petru Umbrarescu (#86). Lello is one of the last to change over.

Once more, the Akkodis ASP Team mechanics made all the difference with an excellent time (a little more than 63s), which allowed Timur Boguslavskiy to head back on track P2. Jules Gounon was P7 and Casper Stevenson P6 Silver (P16) just ahead of Igor Walilko (P17). 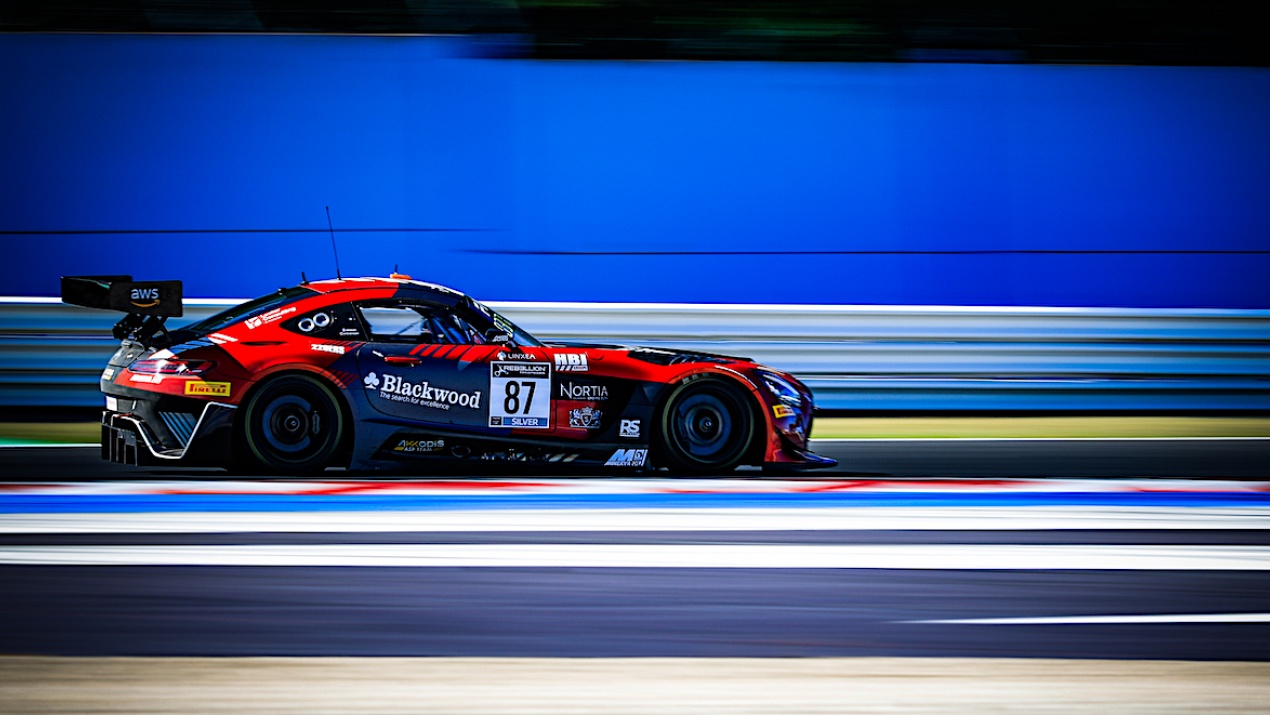 With 10’ to go, a Full Course Yellow, followed by a safety car, came to disrupt the fights. Timur Boguslavskiy was still P2, Jules Gounon P6 and Casper Stevenson P5 Silver. There was 1’30 remaining when the cars were released and the last lap was very hot! Timur resisted the pressure very well and held onto his second place, which would mean very important points for the championship. Jules Gounon finished 6th with his 10s penalty, Casper Stevenson P6 Silver (P16 overall). 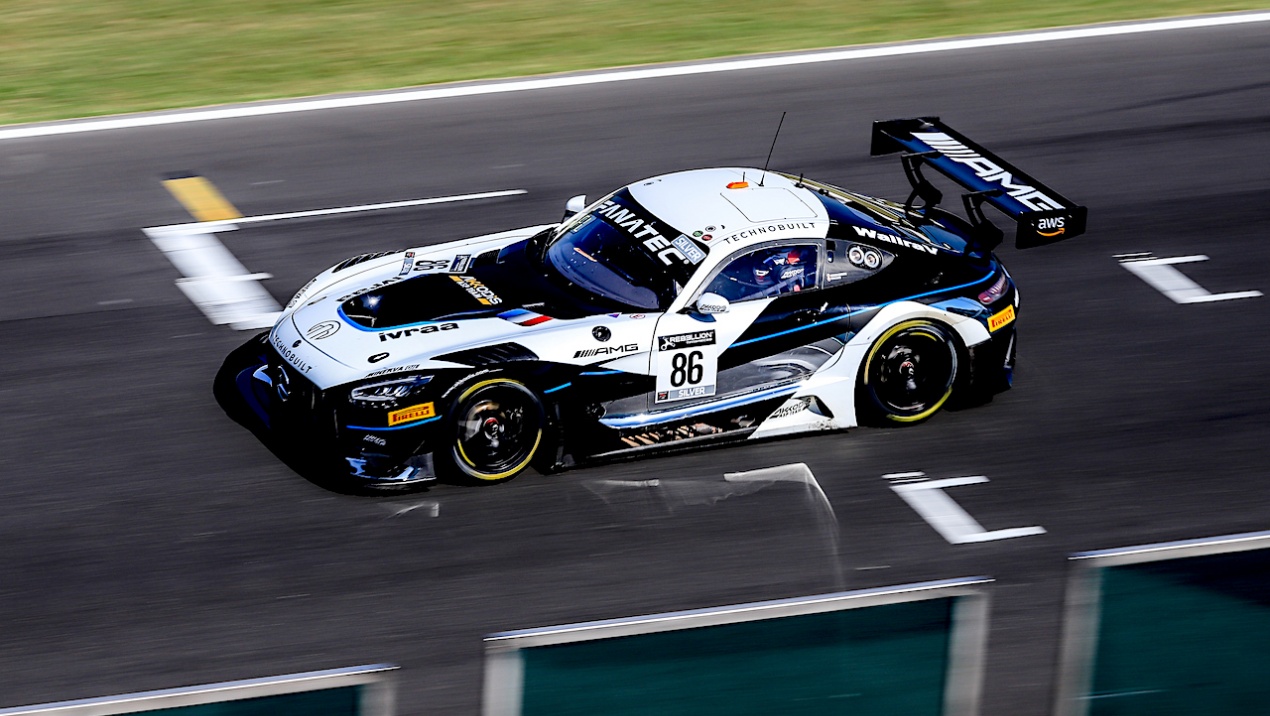 Well done to the Akkodis ASP Team mechanics who, after Zandvoort, won a second consecutive title in the Pit-Stop Challenge. In Misano, the mechanics of the #89 really showed off. Well done them! Racing also takes place in the pits.

In the championship, the pair of Marciello-Boguslavskiy, second, have 98 point, and the leaders Weerts-Vanthoor 109.5. Jim Pla is still third (54 points) and Jules Gounon 6th. In Silver Cup, the title is already won, but Thomas Drouet and Casper Stevenson, third, could still aim for second place.

The finale of the 2022 Sprint Cup season will take place in Valencia (16/18 September). It will be tense until the end! 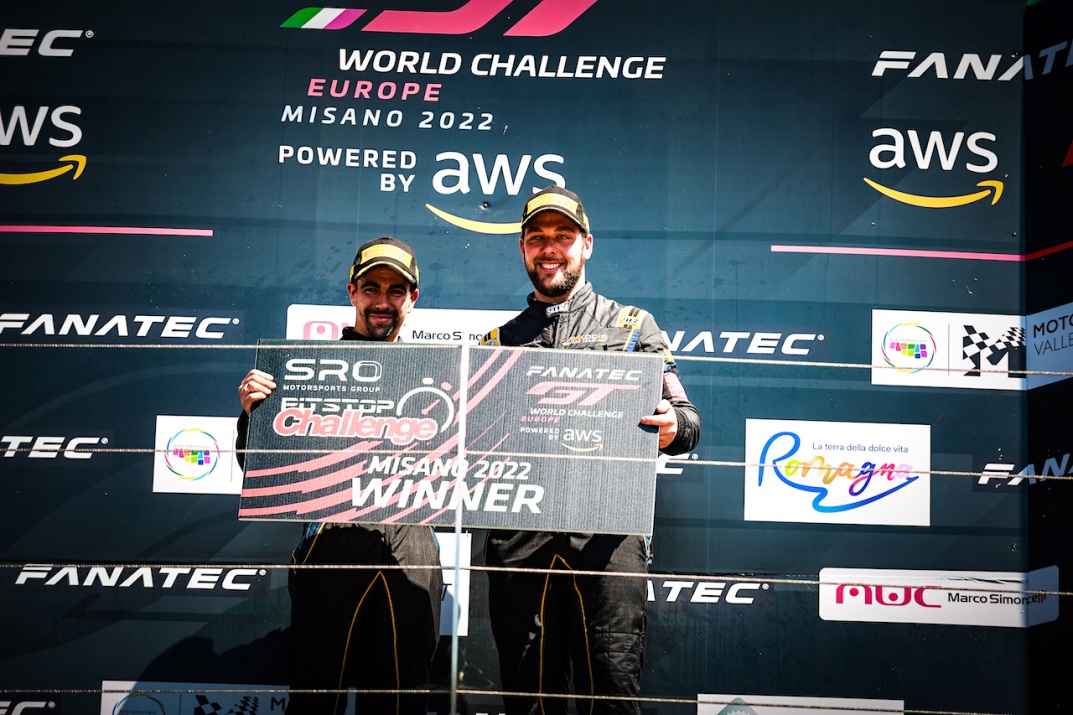 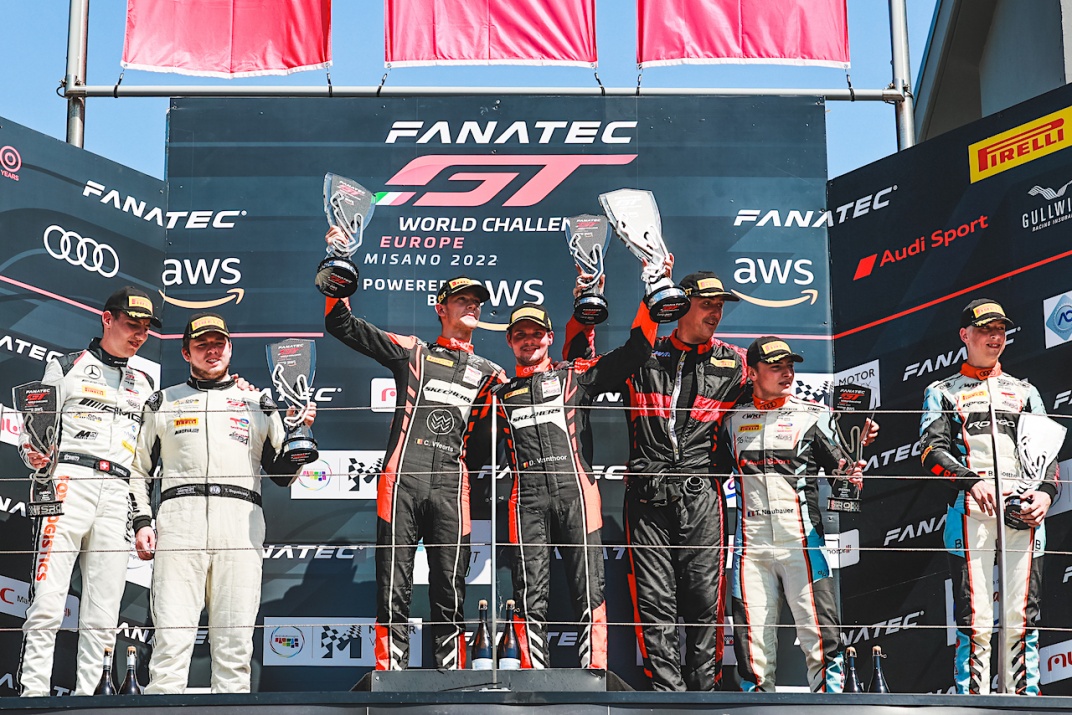 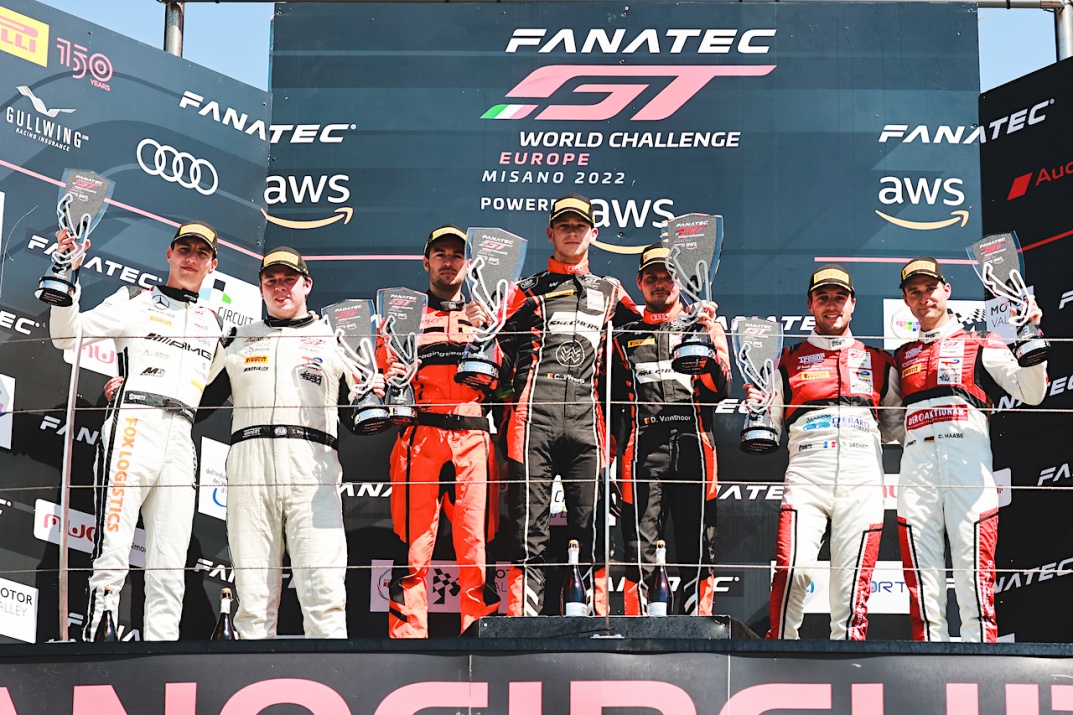