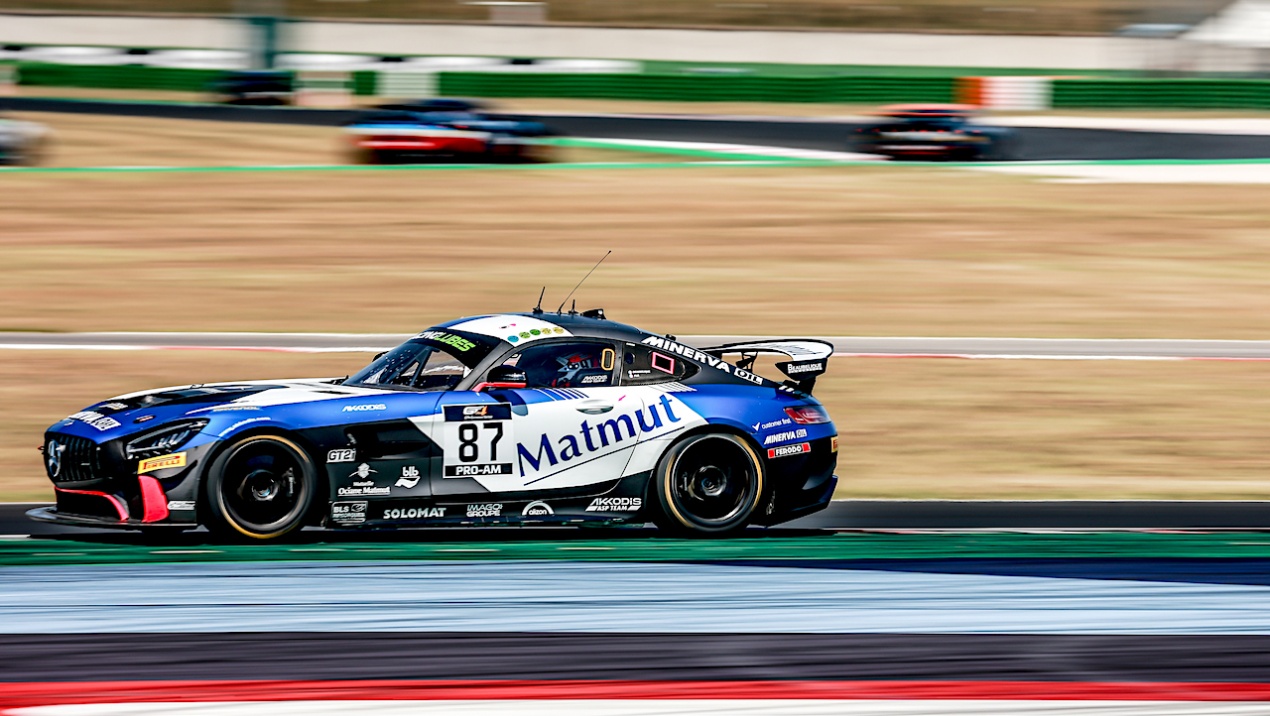 Running in summer at the Marco Simoncelli circuit in Misano is often synonymous with very hot conditions. It was the case this year as well. With an average of 30°C, the temperature inside the GT4 cars could hit more than  50°C… Enough to heat body and spirit.

As of the first free practice sessions, Jean-Luc Beaubelique and Jim Pla (#87) took their bearings and set the Pro-AM reference time, just ahead of their teammates, Eric Debard and Simon Gachet (#81). In AM, Benjamin and Mauro Ricci (#61) were also enjoying themselves, finishing P3. Pascal Gibon and Christophe Bourret (#53) finished the session P8.

At the end of the day, the second session confirmed their good standings. Jim Pla set the best time in Pro-AM (P3 overall), once more ahead of Simon Gachet (P5 overall). Benjamin Ricci finished on the second row in AM (P15 overall) and Christophe Bourret in the Top 5.

The next day, as the temperatures went up again, the qualifying sessions confirmed got underway. Jim Pla missed out on overall pole by only 0.043 seconds, but still got Pro-Am pole (P2 overall), ahead of his teammate Simon Gachet by just 0.1s (P3 overall). Benjamin Ricci took the second place in the AM category (P19 overall), while Christophe Bourret was P6.

A few minutes later, the second session allowed Jean-Luc Beaubelique to enter the Pro-AM Top 5 while Eric Debard was P10. Mauro Ricci set the 9th time in AM, just ahead of Pascal Gibon (P10). 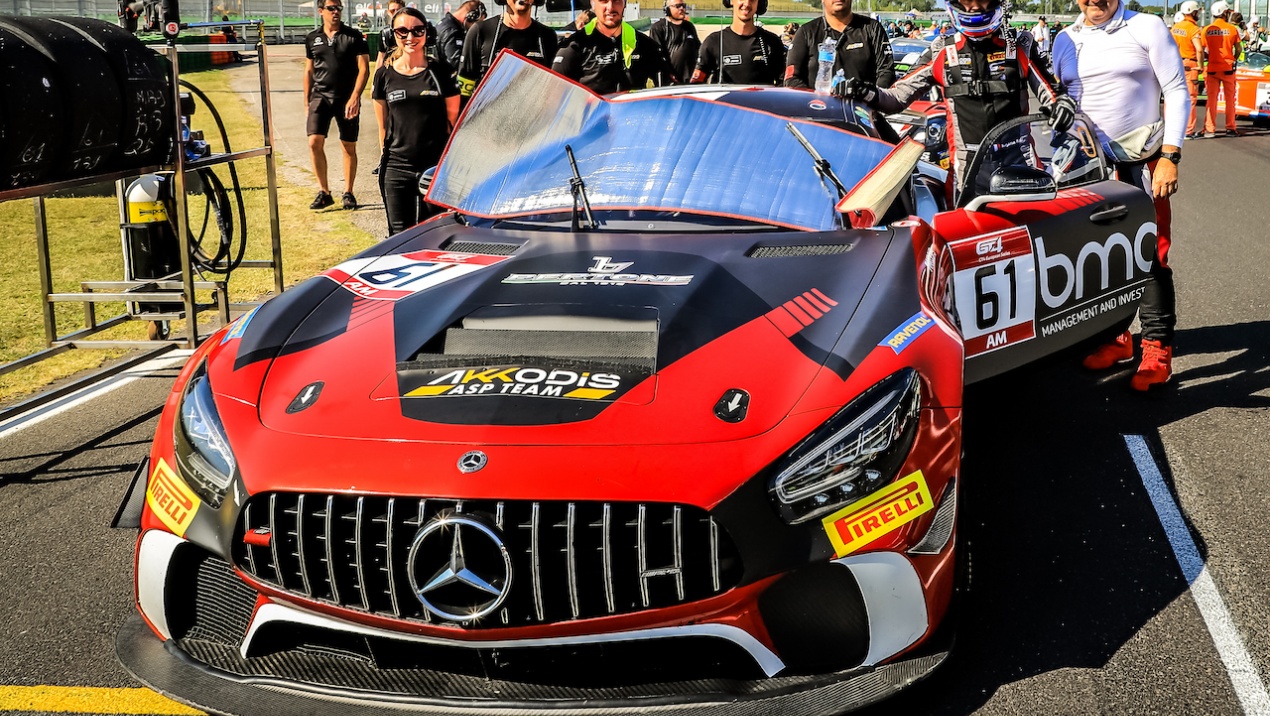 The first race of the weekend was not going to be easy. It was very hot on the Adriatic coast and the 45 drivers at the start were no doubt going to feel the heat.

Jim Pla had a rather average start, getting overtaken and losing two places, falling from P2 to P4. Simon Gachet held onto his 3rd place. Benjamin Ricci was also a bit surprised but held onto his second place in AM while Christophe Bourret navigated in the Top 10 in the category.

At a steady pace, Jim Pla climbed back up into second place, to eventually overtake the poleman and take the lead right when the pit stop window opened. The first drivers headed into the pitlane but, twist of fate, with 28’ to go, a Full Course Yellow (FCY) was called (max 80km/h for everyone), allowing those who hadn’t yet headed to the pits to gain a certain advantage. That was the case for Jim Pla, Simon Gachet and Benjamin Ricci…

And so, Jean Luc Beaubelique and Eric Debard headed back onto the track in P1 and P2 respectively. Maruo Ricci was still P2 AM and Pascal Gibon P8 in the category. The lights went back to green with just 15 minutes remaining. The drivers were under pressure and 2’ later, Pascal Gibon was victim of a collision, pushed and then hit by the #25. The Mercedes-AMG headed slowly to the pits, but there was too much damage to continue. 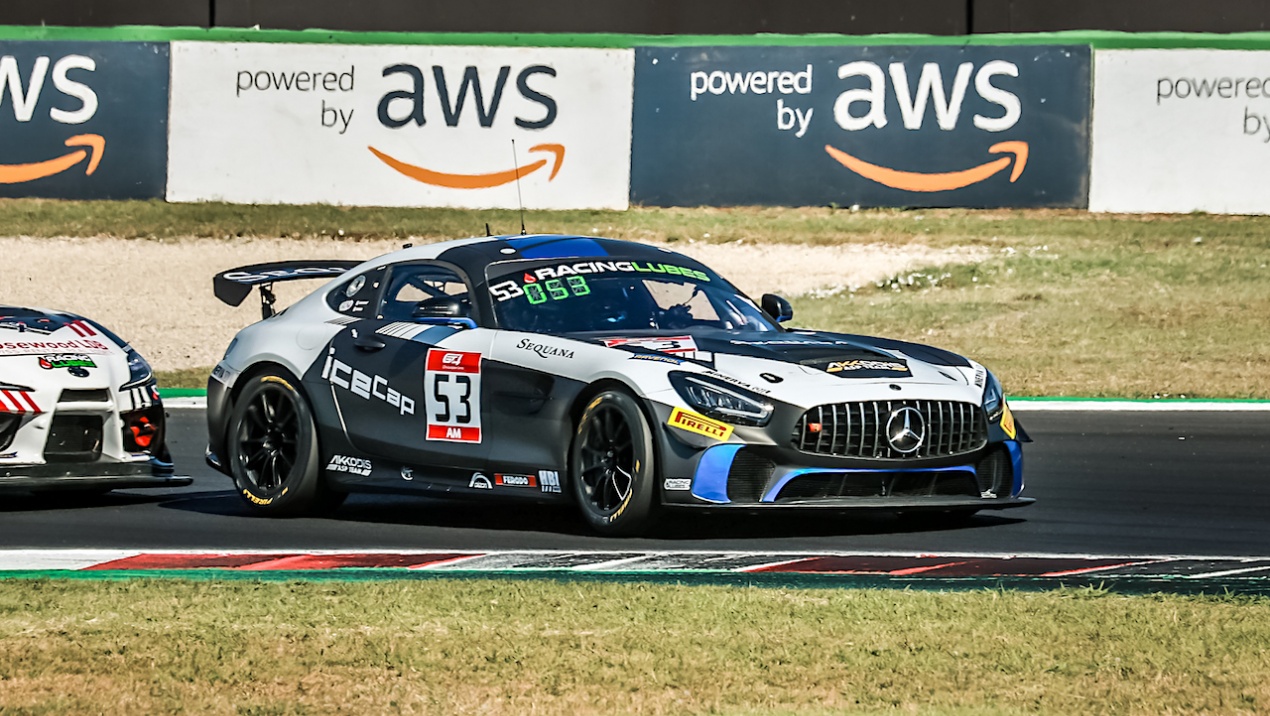 Another FCY with less than 12’ to the flag. Against all expectations, Eric Debard was overtaken in this time by the #17 (which is forbidden) and found himself P3.

The pack was released with 5 minutes to go, with just 3 laps remaining. In the lead, Jean-Luc Beaubelique did not let up and (for once) benefited from the traffic that held up his pursuers. The end of the race was tense. Eric Debard was attacked at the entrance of the last lap, but managed to resist, before the #718 could touch him, allowing the #42 to come back and deprive him of a podium, by a few hundredths, on the finish line. At the end of a perfect race, the father and son Ricci duo crossed the flag P2 AM (P12 overall).

Meanwhile, after the finish, the stewards were penalising “unscrupulous” manoeuvres. Nothing would disrupt the victory of the pair of Beaubelique-Pla, clean and remarkably well managed at the restarts, the #17 (P2) fell back two places for overtaking under yellows, allowing Eric Debard and Simon Gachet to climb to the third place on the podium. The winner who crossed the flag in the AM category got a 45 second penalty for their implication in Pascal Gibon’s incident. Which meant that Benjamin and Mauro Ricci climbed onto the highest step of the podium and won their first victory of the season. 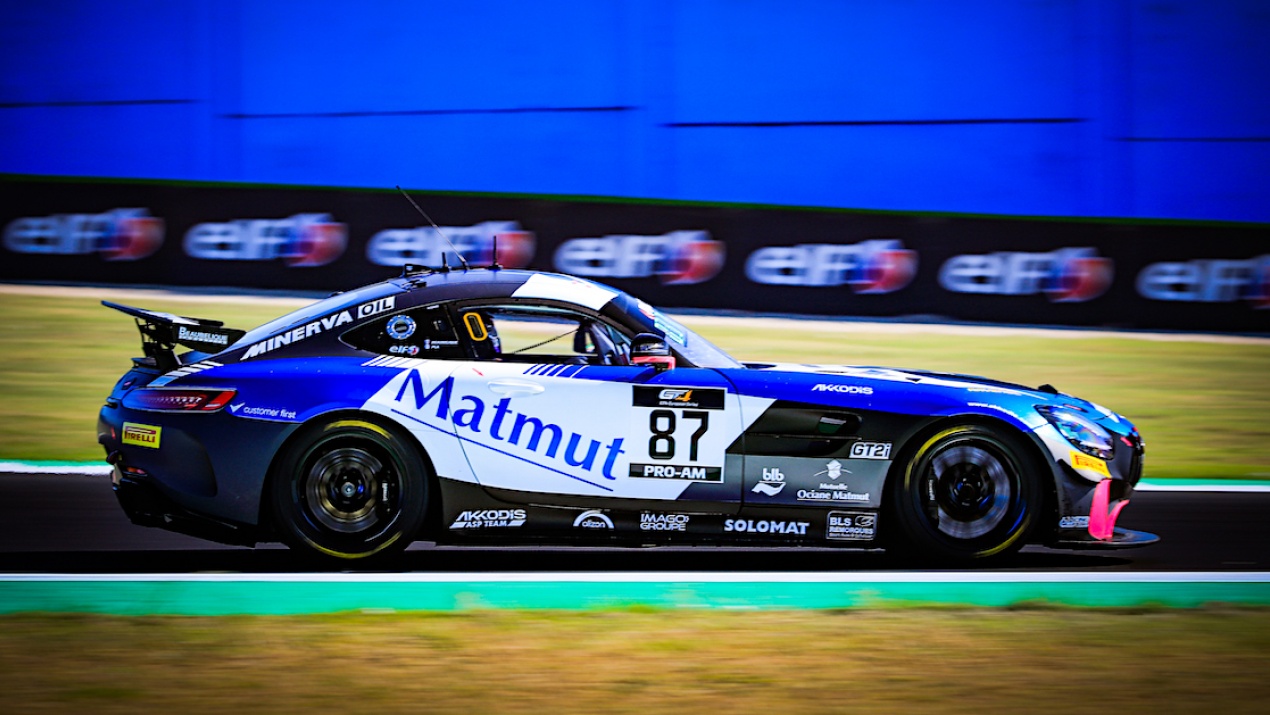 Race 2: Second AM victory (#61) and Pro-AM podium (P2) for the championship leaders!

The next day, the weather was just as good and still as hot (over 30°C). There were only 43 GT4 cars on the grid. The #53 of Pascal Gibon and Christophe Bourret was too damaged after the crash the day before, and had to declare forfeit.

The start was clean at the front but relatively chaotic in the pack. Jean-Luc Beaubelique navigated in the Pro-AM top 5 (P19 overall), while Eric Debard was pushed around and fell from P25 to P40 after less than 10’ of racing. Mauro Ricci proved to be extremely combative in 6th place in AM.

After a first period under FCY, the competitors were released after 20’ of racing. Everyone stayed focussed on their target. When it came time to change drivers, Eric Debard climbed up a few positions (P12) in the category and Mauro Ricci was P8 AM. Jean-Luc Beaubelique, still in the Pro-AM Top 5 (P17) passed the wheel to Jim Pla. The driver changes went perfectly and allowed the teams to gain a few places. 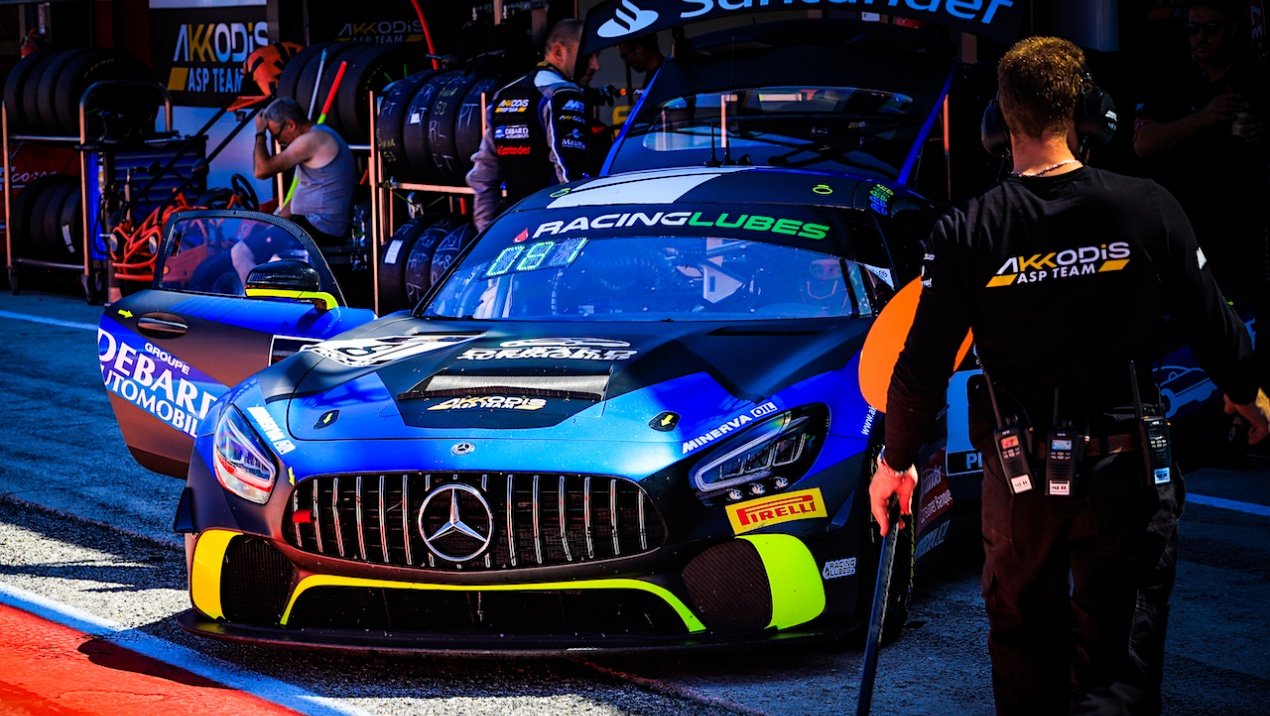 The pace did not let up for Jim Pla who set the best laps by performing a spectacular climb, namely fighting the #4 for second place in Pro-AM. Simon Gachet was not to be outdone and did not give up, while Benjamin Ricci showed a remarkable regularity coupled with a formidable efficiency (P2 AM).

After a subtle and successful strategy, Jean Luc Beaubelique and Jim Pla (#87) took second place in the category (P6 overall) with 4' to go. This new podium confirmed their position as championship leaders in the Pro-AM category with a 33-point lead. 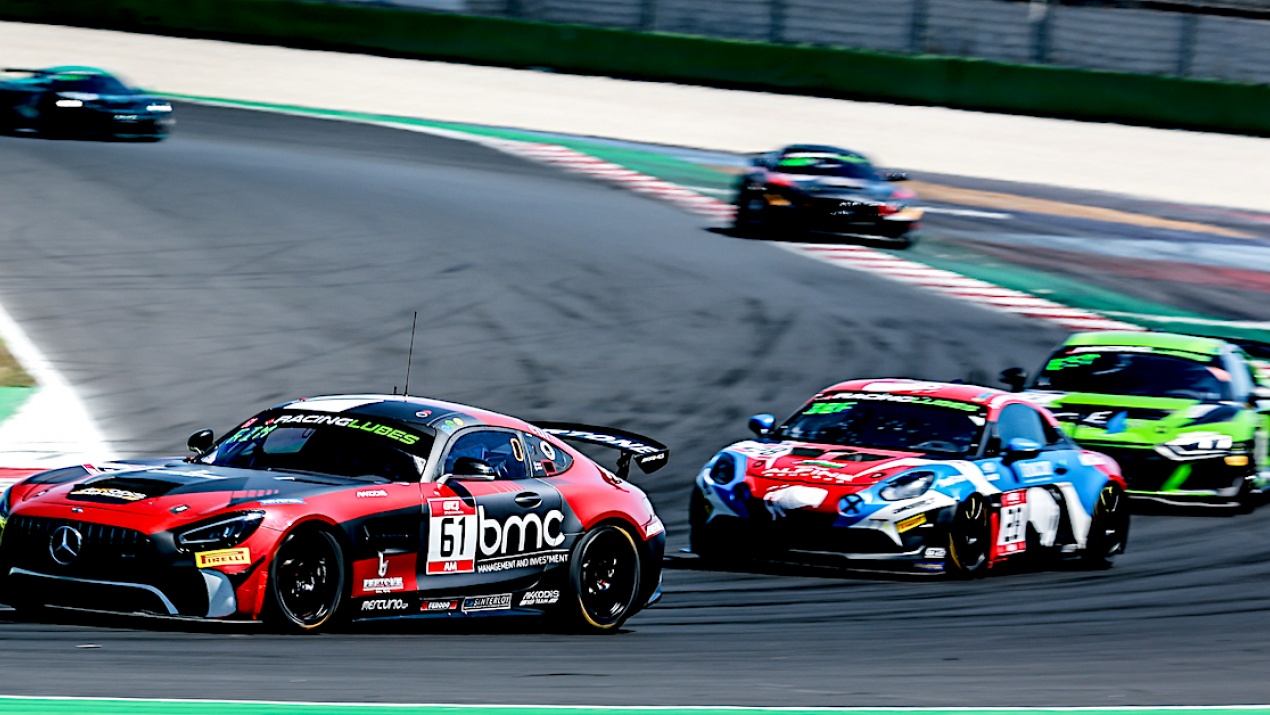 As the day before, the AM winner who crossed the chequered flag received a 45s penalty for involvement in a collision, leaving the victory to the #61 Akkodis ASP Team. Hats off to Benjamin and Mauro Ricci (#61) who took their second consecutive victory of the weekend in the AM category thanks to a beautiful regularity that was rightly rewarded. At the same time, they took the lead of the AM championship with 13 points.

With these excellent results, Akkodis ASP Team is leading the Team classifications in AM and Pro-Am, leading respectively by 17 and 33 points

Next rendez-vous is at the Ardennes rollercoaster (28/31 July) at Spa-Francorchamps. 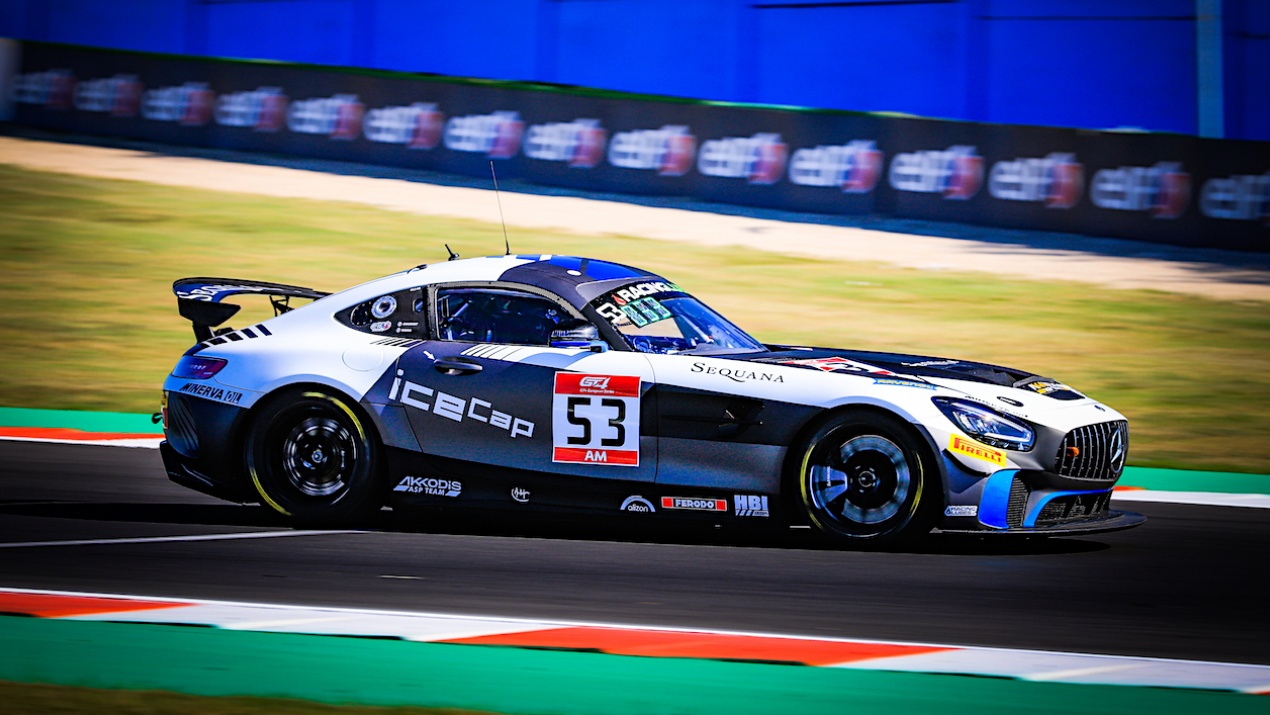 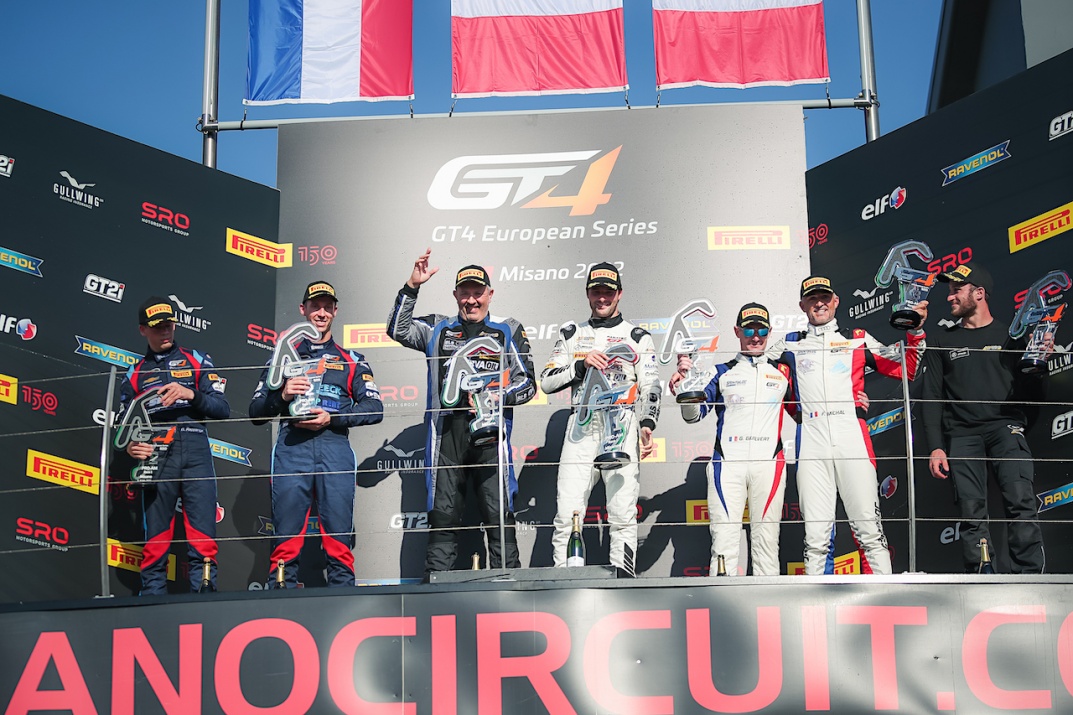 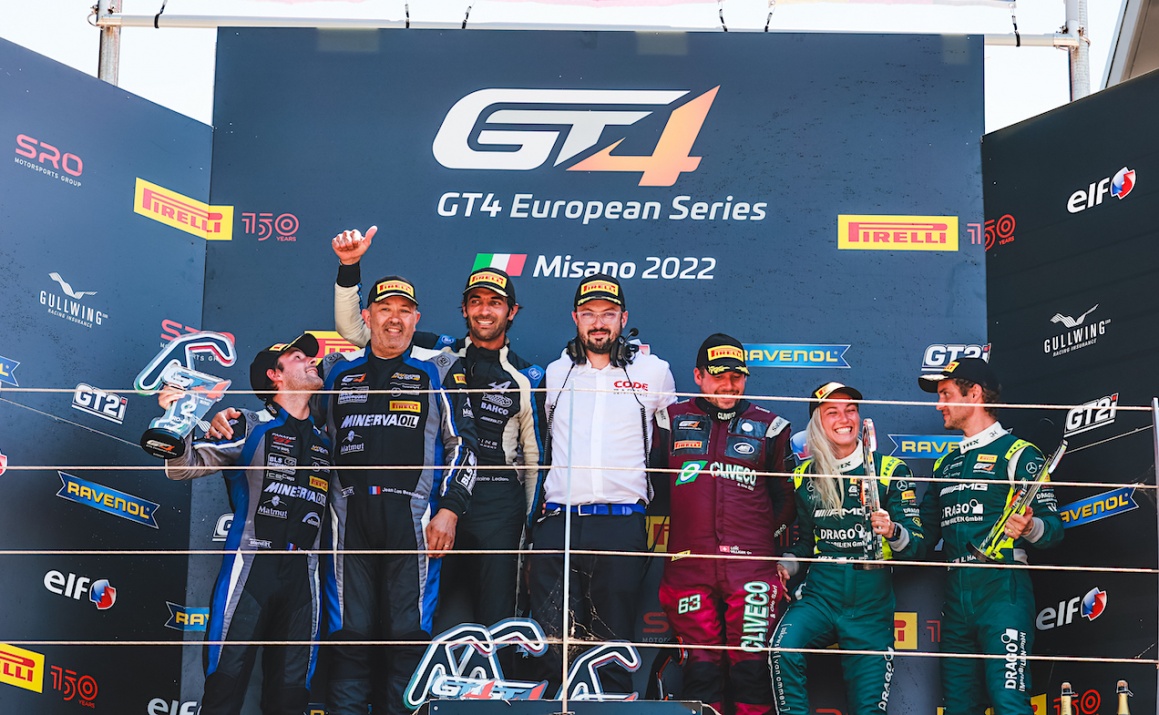 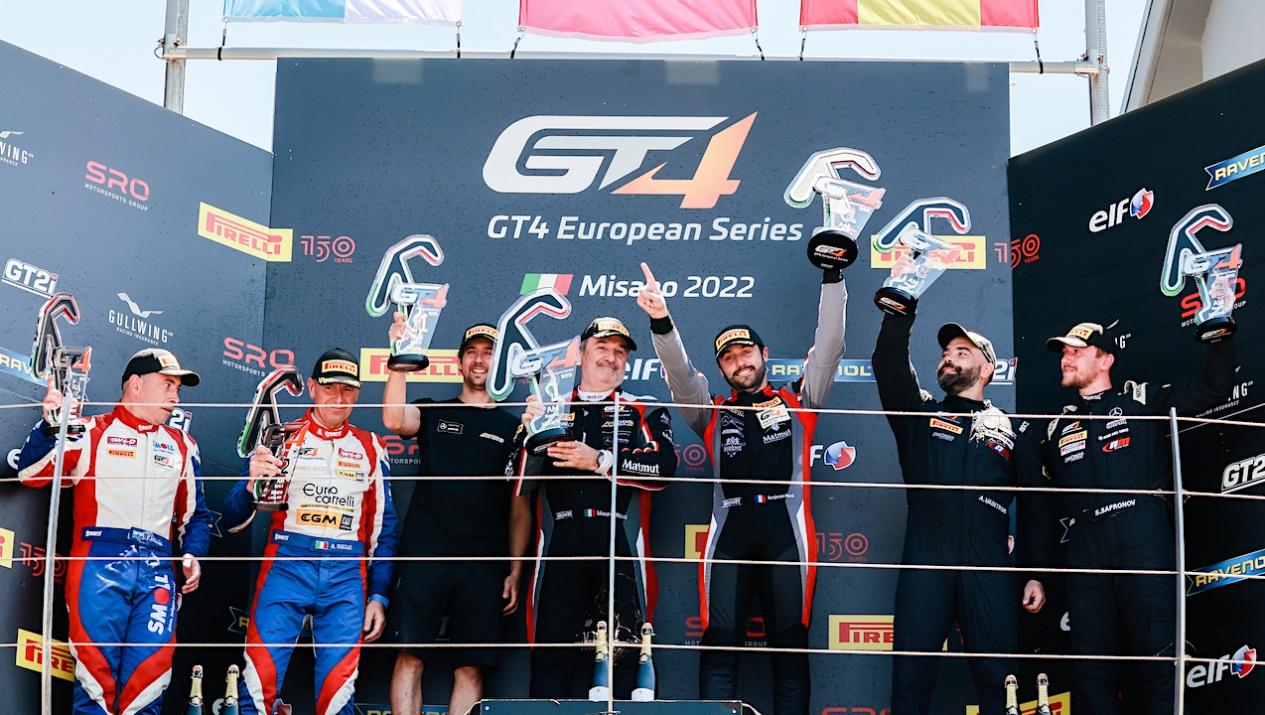 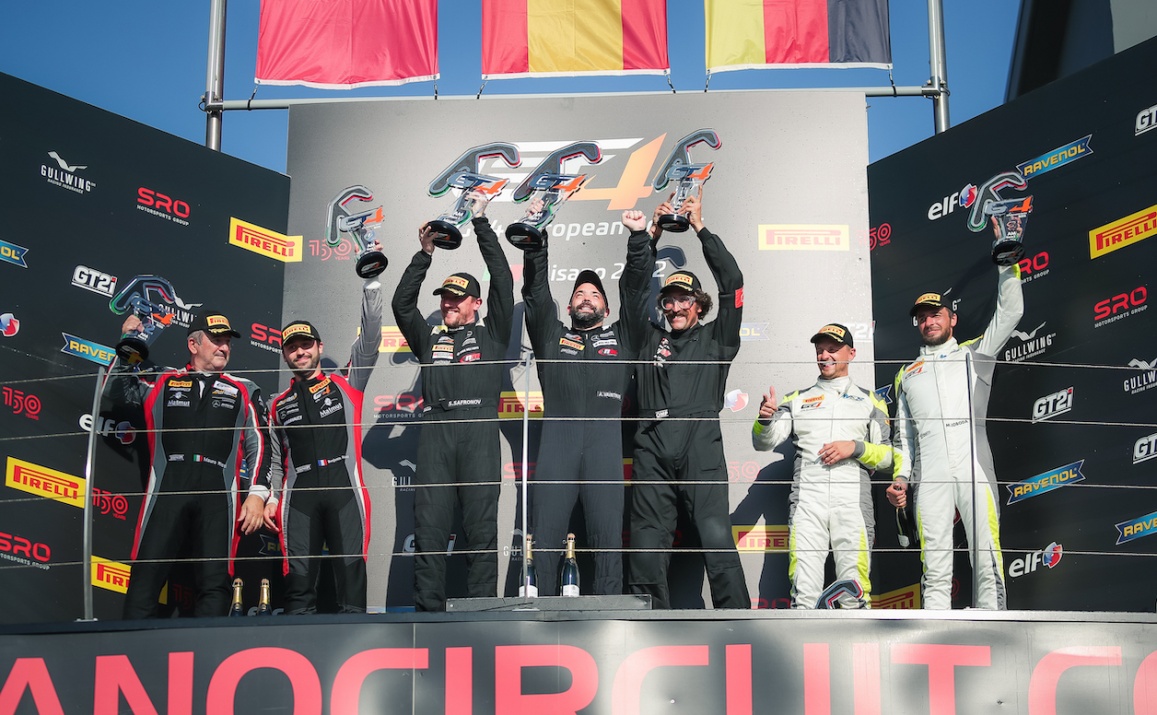