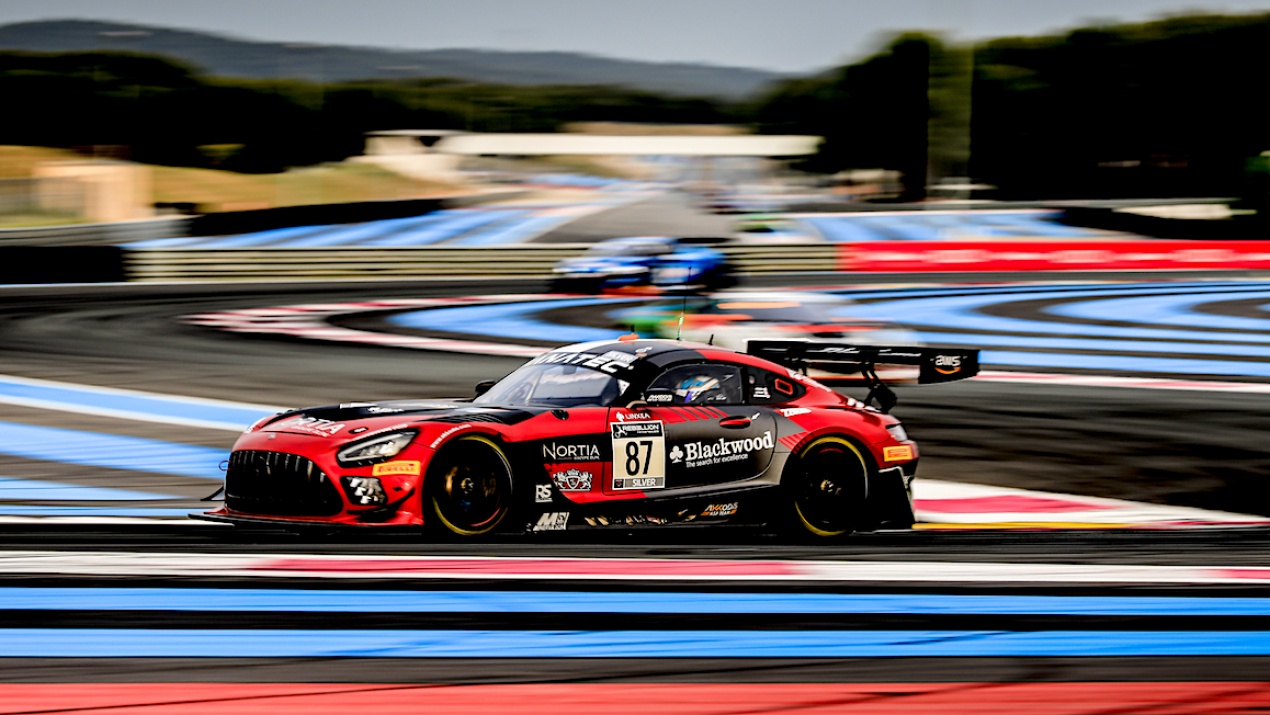 Akkodis ASP Team lined up two cars in this second round of the Fanatec GT World Endurance Cup, held at the Paul Ricard circuit, one in PRO and one in Silver, whose line-up was slightly modified. Tommaso Mosca and Casper Stevenson were joined by Thomas Drouet as Konstantin Tereschenko was unavailable.

The field of this 2022 edition of the 1000km was dense, with no fewer than 53 cars on track. Even though the layout runs over 5km and with 15 turns to negotiate with precision, managing the traffic would be key.

The free practice sessions took place in sunny conditions while the heat started to rise. In the Silver Cup category, the #87 Mercedes-AMG took 6th place overall (P2 Silver) with Thomas Drouet at the wheel, while the #88 finished P12.

In the evening while the sun was setting, the 90-minute pre-qualifying session allowed the teams and drivers to prepare for the race the next day in very similar conditions. Finding the best setup and collecting as much data as possible were the main goals. The crew of the #88 finished the session P13 (P8 PRO) and the #87 finished P4 Silver. 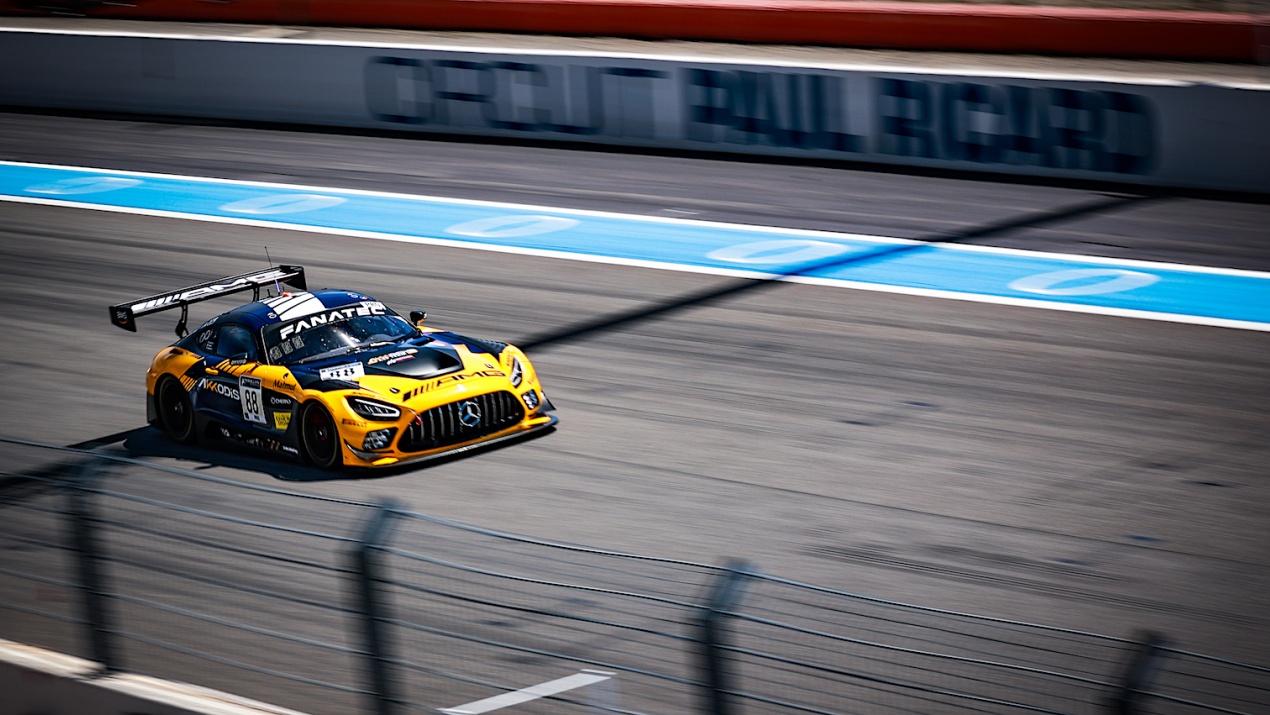 Saturday by the end of the morning, it had heated up for qualifying. The battle was on for the three sessions, and the average of the three times allowed the #88 to set itself on the second row of the grid, P4 overall. The #87 would be starting from 6th place Silver, on the 10th row (P21).

At 6pm, it was time to start the 1000km race, and it was still 30°C out with an overcast sky. When the lights went green, the long pack stretched out for 6 hours of racing. Raffaele Marciello (#88) had a good start before falling to P6, overtaken in the Mistral straight. It was a perfect start for Tommaso Mosca (#87) who gained five positions (P3 Silver). But three minutes later, the first safety-car came on track before leaving again 9 minutes after the given start.

While the first six were fighting neck and neck, Raffaele Marciello (#88) switched to offensive mode and started to come back to the front, setting the best race laps. After 30 minutes, he was P3, and a bit before the first hour was up, he was P2, improving his best race lap time. Working on a double stint, Lello continued to attack and placed himself in the lead after 1h10. 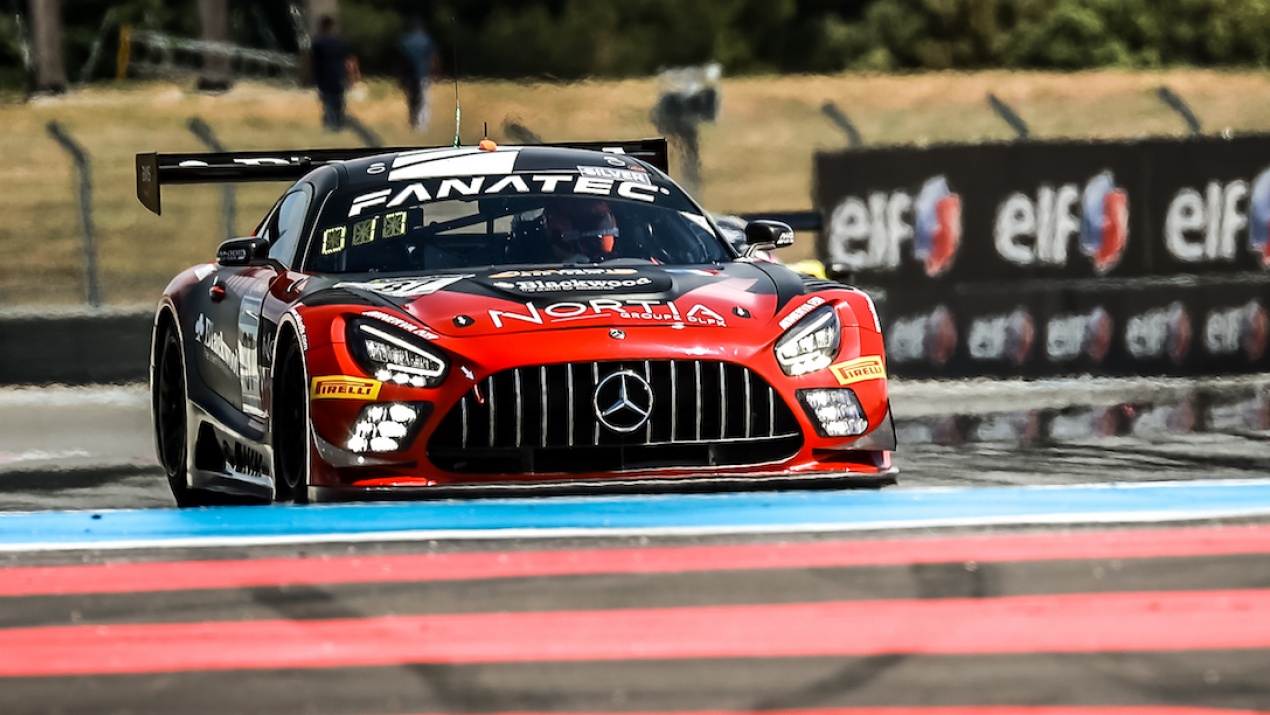 Tommaso Mosca (#87), who was also doing a double stint, didn’t hold back and gave a solid performance. Climbing to P3 Silver (P13 overall), the Italian took the lead of the category shortly after an hour of racing (P8 overall).

In the lead, Lello widened the gap and had a 4-second lead when a Full Course Yellow made its appearance, reducing his efforts to nothing. Akkodis ASP Team made the most of it by performing the driver change. Dani Juncadella followed Lello in the #88 and Casper Stevenson went in after Tommaso Mosca (#87).

The restart was given with less than 4 hours of racing to go. Dani Juncadella kept a hold of the lead of the race and Casper Stevenson held the lead of the Silver category (P7 overall).

At the approach of the midway point, while it was slowly starting to get dark on track, the staggered strategy jostles the hierarchy a bit. What’s more, the #88 took a 10s penalty for having left the pits in a manner that was deemed dangerous. Dani Juncadella went to P2, behind the #71 Ferrari. With three hours to go, the supremacy of the #87 leading the Silver category was under threat. At the end of his double stint, Dani Juncadella passed the wheel to Jules Gounon and the #88 go another 5s penalty for having done their previous refuelling too quick (40.9s instead of the 41s minimum…). In the #87, the highly motivated Thomas Drouet climbed into the car, navigating between first and second place in the category. 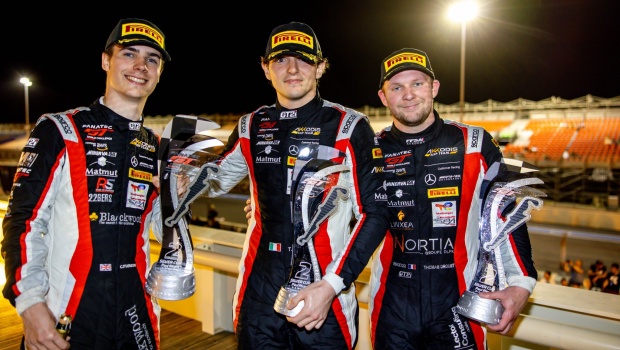 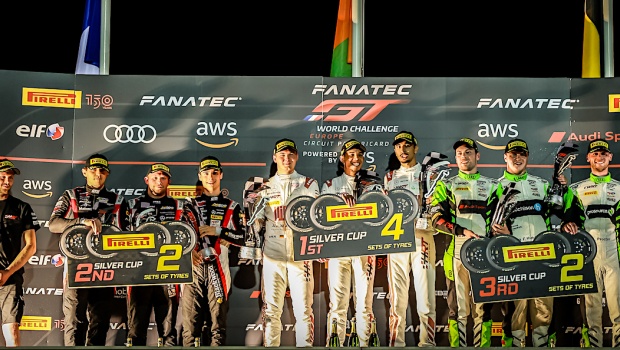 With 1 hour to go, Jules Gounon was P3 and Thomas P10 (P2 Silver) and the last 60 minutes were as animated as a sprint race. Jules gained a position and the fight was on until a final safety-car came out. It then released the field with 10’ to go. The last minutes were intense. Jules ended up being caught by the #51 Ferrari who attempted a first overtaking while the two cars ended up in traffic. After a light contact, the #88 Mercedes-AMG had to give way in the Mistral straight, less at ease than the Ferrari, and crossed the finish line in third place.

In Silver, Thomas Drouet gave his all but could not catch up to the leader, finishing in a wonderful second place.

In the Endurance Cup championship, the crew of the #88, Raffaele Marciello, Dani Juncadella and Jules Gounon are second overall with 37 points, only 1 point from the leaders. In the Endurance Cup Silver Cup classification, Tommaso Mosca, Thomas Drouet and Casper Stevenson are third with 24 points.

The next rendez-vous of the Endurance Cup will take place on the 21st and 22nd of June with the official test sessions of the 24 Hours of Spa, whose main event will take place from the 28th to the 31st of July. 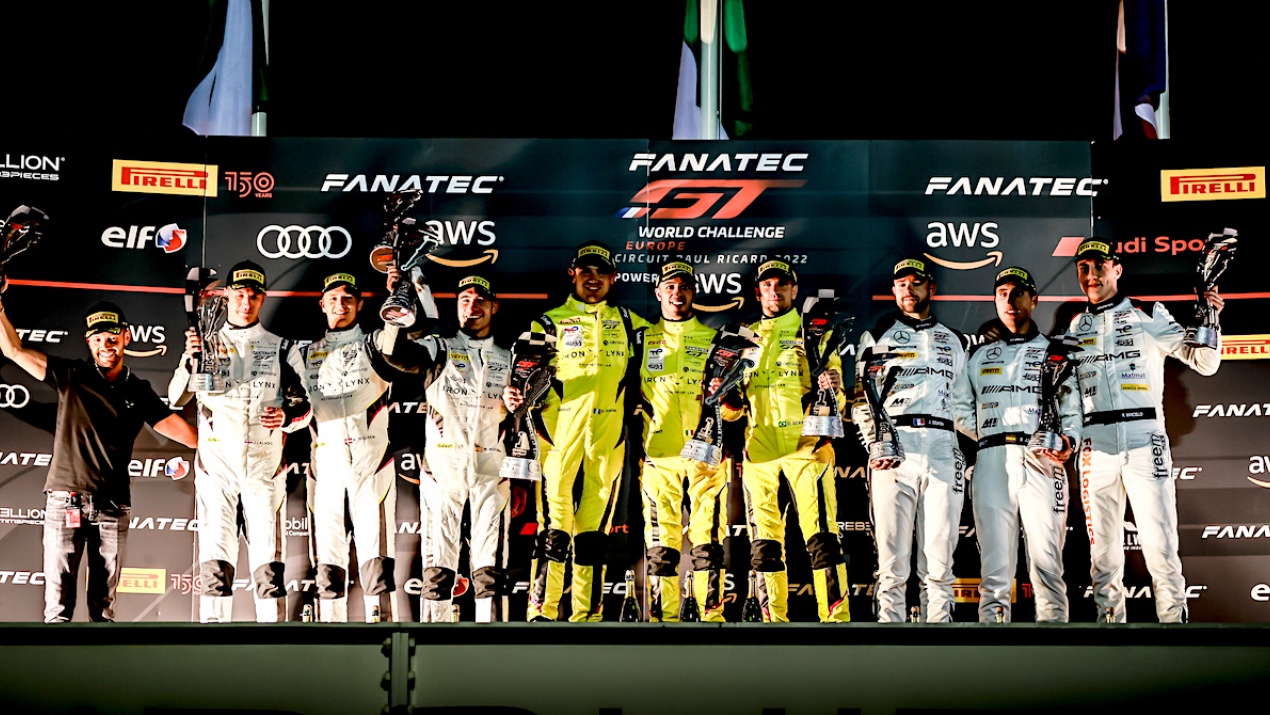