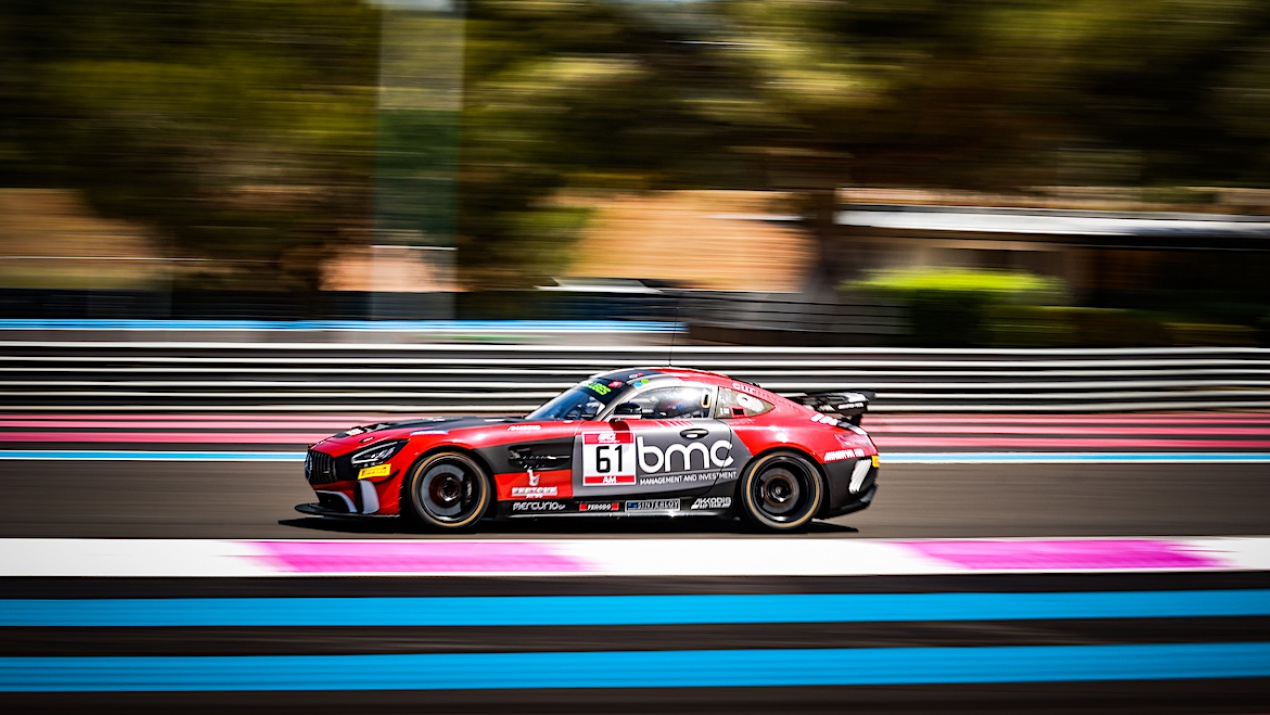 As of the free practice sessions, Akkodis ASP Team got off to a flying start by setting the two best times in the first session. Simon Gachet and Eric Debard (#81) imposed themselves thanks to a great time of 1:14.2s, but during the final quick lap, Jim Pla and Jean Luc Beaubelique went one better by beating the initial reference time.

In AM, Mauro and Benjamin Ricci (#61) were also running well with the 4th best time, while Chrisophe Bourret and Pascal Gibon (#53) were P12.

The second session was a great display, resulting in another top two. As in FP1, the best time of Simon Gachet (#81) was the point of reference for most of the session, until Jim Pla, once more, took the relay from Jean Luc Beaubelique (#87) to steal the best time in the last minutes. In the AM category, the #61 set once more the 4th best time, while the #53 improved (P9). 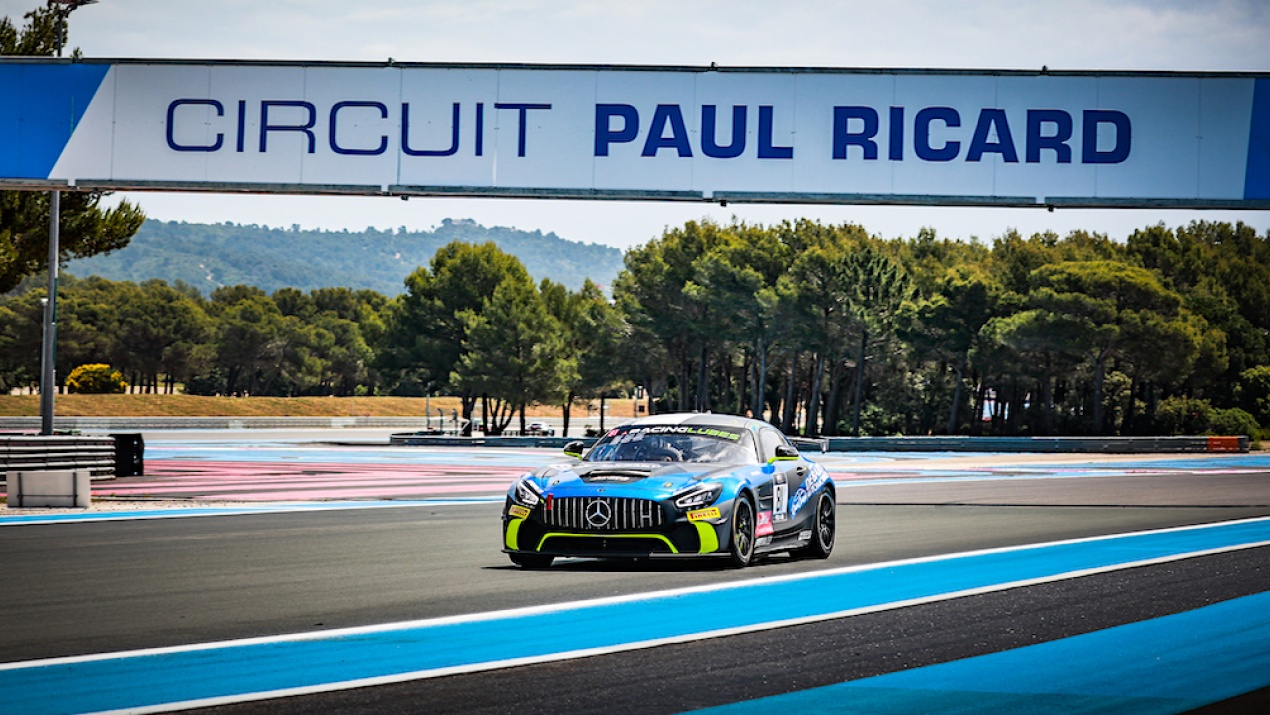 In motorsport, nothing is ever set in stone, and the first qualifying session proved it. After having missed out on first place in the qualifying sessions, Simon Gachet (#81) did not commit any mistakes and set pole with a half-second lead. Jim Pla (#87) countered, but his best time was cancelled, having crossed the track limits, which only gave him one more chance to take pole. With worn out tyres, Jim set the third best time, allowing Simon Gachet to take the holy grail. Benjamin Ricci (#61) took the third time in AM and Pascal Gibon (#53) took 9th.

The second session was much more open. The quickest in the Akkodis ASP Team was Eric Debard (P4 Pro-AM), followed by Jean-Luc Beaubelique (P9 Pro-AM). Mauro Ricci (#61) set the 7th time in AM and Christophe Bourret (#53) 10th.

At the end of the two sessions, no fewer than 45 laps had been cancelled due to track limit violations. 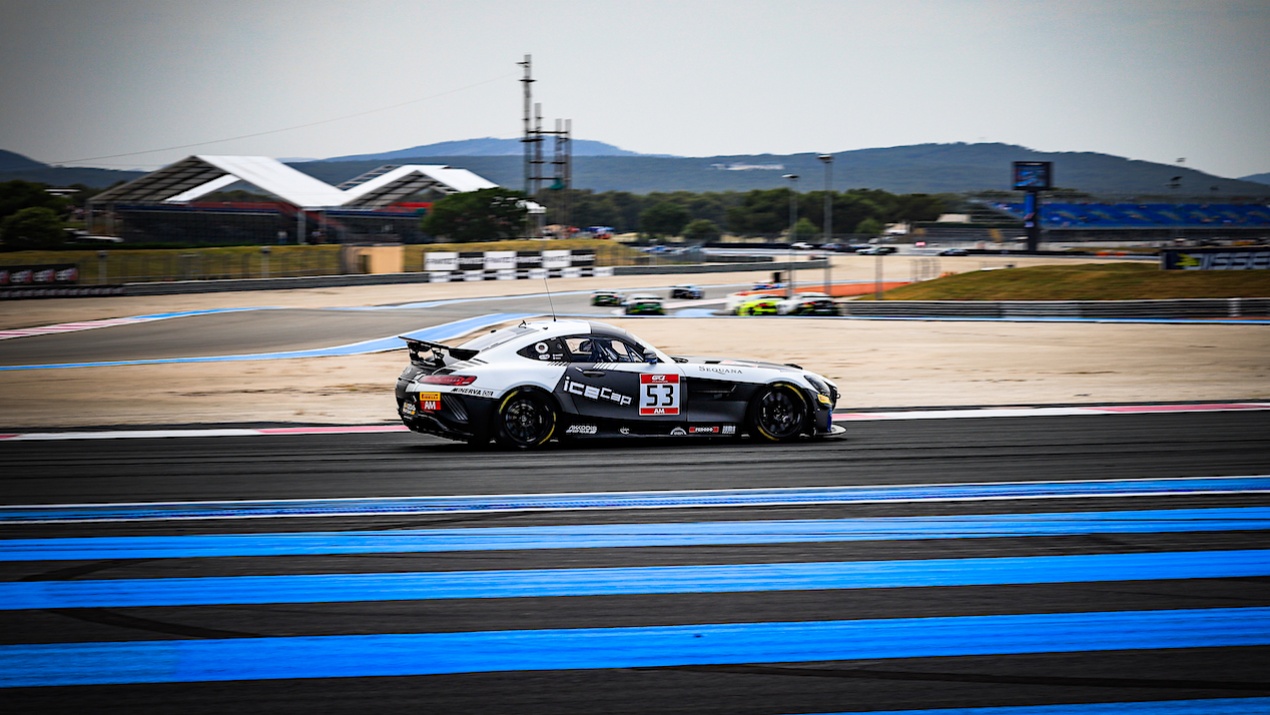 Race 1 – the duo of Pla/Beaubelique takes the victory!

It was 30°C when the first race of the weekend took place, and the cars were particularly hot, just as the racing spirits of the drivers.

The start was given and there were no incidents to report as they went into the S of the Verrerie. Simon Gachet kept the advantage and did not waste time in getting away, while Jim Pla was ‘stuck’ behind the #25, who was slower (except in the straights). A dozen minutes after the start, Jim managed to find the opening and overtook in the Beausset double straight. Benjamin Ricci (#61) was P3 AM and Pascal Gibon P7 when the #53 and the #3 came into contact at the chicane. Both cars were forced to retire.

At the front, Simon Gachet had a 5.5s lead on his teammate, Jim Pla, when a Full Course Yellow, followed by a safety-car, came to ruin his scorecard. At the restart, Jim was on the hunt again and with 28’ to go, there was only a 0.5s gap. Following a great stint, the two talented drivers handed the wheel over to their teammates. Eric Debard (#81) and Jean-Luc Beaubelique (#87) were now on track, while Benjamin Ricci (#61) handed over his car to Mauro, still P3 AM.

While Eric Debard was still in the lead, the race changed with 17’ to go, with the #81 getting a 1 second stop and go, having made their driver change too quickly. Jean Luc Beaubelique (#87) P3 overall, was then leading Pro-AM with an 18s lead on his rival (#47). After having purged his penalty, Eric Debard headed out in the Top 15. In the interval, Mauro Ricci had a close call, spinning out in the Sainte Beaume corner.

As in 2020, Jim Pla and Jean Luc Beaubelique (#87) took the victory in the Pro-AM category for Akkodis ASP Team (P6 overall). Despite a great race and having stayed in the lead for most of it, the crew of the #81, Simon Gachet and Eric Debard, finished 13th (P8 Pro-AM). The Ricci duo (#61) crossed the chequered flag P6 AM (P31 overall). 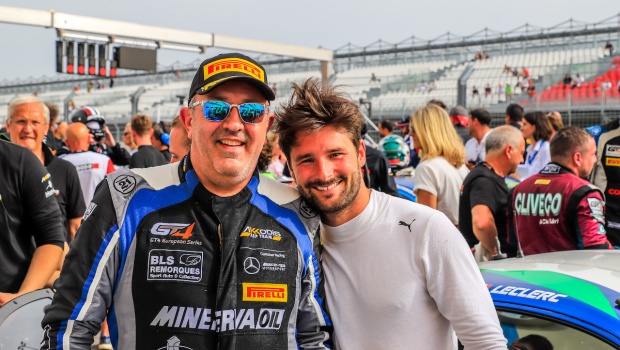 Sun, 26°C, and still 50 cars on the grid for the second race of the weekend. Once more, the heat was on.

Jean-Luc Beaubelique returned to the pits as soon as the driver change window opened, as did Eric Debard. Jim Pla (#87) returned quickly to the pits, but the #81 however stayed immobilised in the pits with a broken radiator. After the penalty of the previous day, this retirement leaves a bitter taste for the crew.

The second stint took place at a steady pace with many fights across all categories. With 17’ to go, Jim Pla was P17 and P5 Pro-Am. Aboard the #61 Benjamin Ricci executed an incredible stint, driving in comparable times to those of the overall leaders. So, Benjamin climbed up to P2 AM (P28 overall). Very focused on his goal, Pascal Gibon was running P9 in the category, determined to regain positions.

In the final five minutes, Jim Pla’s (#87) climb was incredible, going from p15 to P10 overall and from P5 to P2 Pro-AM. After the victory of the day before, Jim and Jean-Lux Beaubelique climbed on the podium once more and took the lead of the Pro-AM championship at the same time (69 points).

The Ricci duo, Mauro and Benjamin (#61), father and son, took second place in the AM category (and 4th in the championship) after a great race. Great satisfaction too for Christophe Bourret and Pascal Gibon (#53) who finish in the Top 6 after an efficient comeback.

The third round of the GT4 European Series will lead the competitors to Italy, to the Adriatic coast in Misano, on the 2nd and 3rd of July. 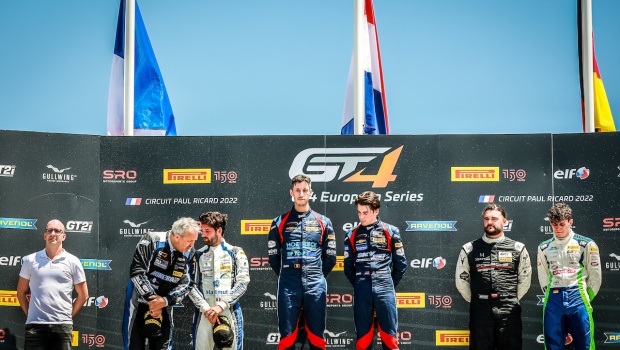 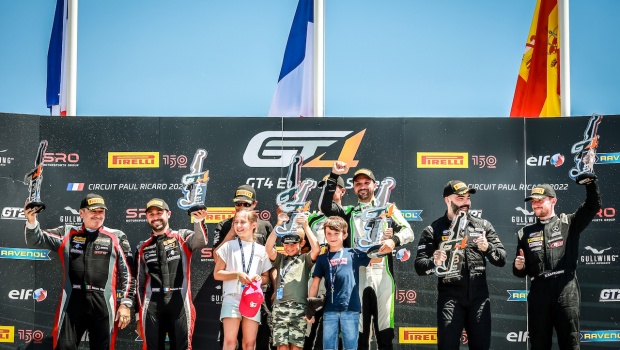