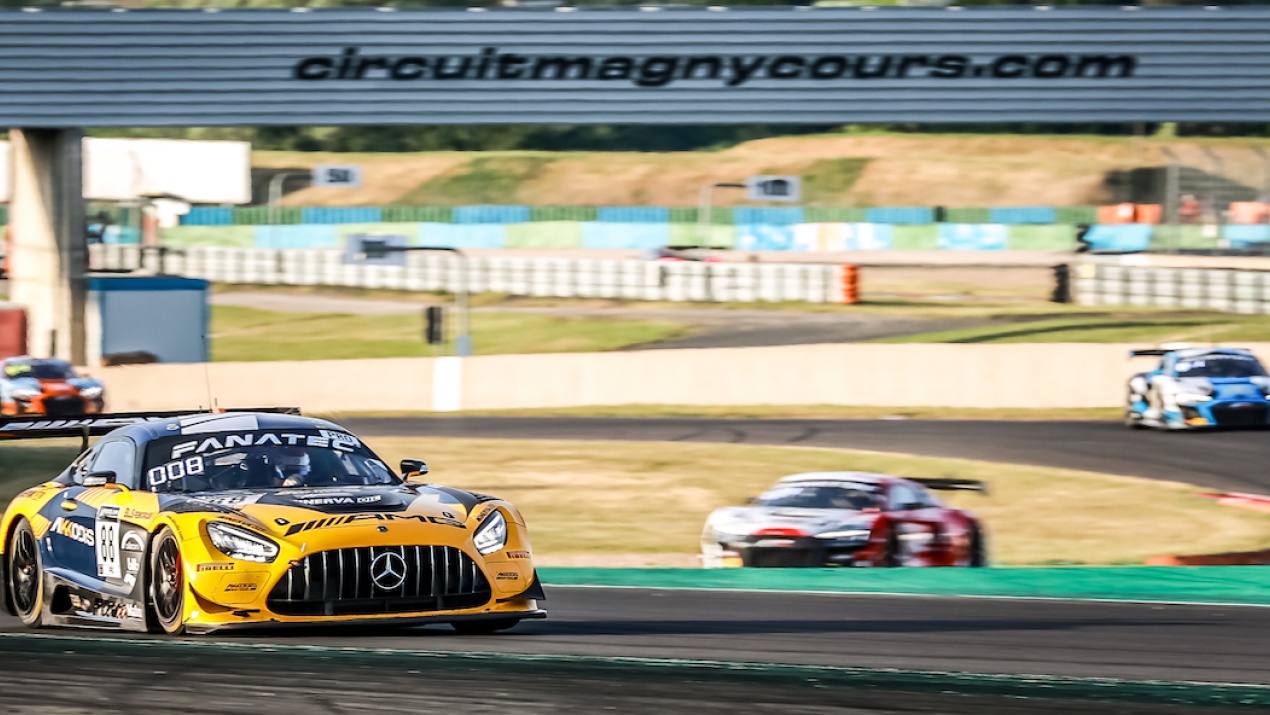 The second round of the 2022 Sprint season saw a small change in the Akkodis ASP Team clan. Retained at the 12 Hours of Bathurst (which he actually won again), Jules Gounon relinquished his seat in the #88 Mercedes-AMG GT3 to Maxi Götz. A choice replacement (DTM reigning champion) who did not hesitate to remind people how fast he is.

As of the free practice sessions, Raffaele Marciello dominated on track, as did Timur Boguslavskiy, who has learned well from his mentor's lessons by showing great confidence and efficiency. Maxi Götz and Jim Pla weren’t very far off their teammates in the #88. Thomas Drouet and Casper Stevenson (#87) also gave a good impulse to Akkodis ASP Team by taking the lead of the Silver Cup (Top 5 overall) while Petru Umbrarescu and Igor Walilko (#86) were 8th Silver.

The pre-qualifying session confirmed the excellent form of Lello Marciello, who showed off to his adversaries with a time of 1m36.136s. The crew of the #88 Mercedes-AMG sat P12, while the #87 took the second Silver time and the #86 the fifth.

The first qualifying session saw an excellent Thomas Drouet (#87) quickest of the Akkodis ASP Team drivers, fifth overall (and third in the Silver Cup), ahead of his teammate Timur Boguslavskiy (#89). On board the #88 Mercedes-AMG, Jim Pla set himself on the fifth row of the grid for Race 1 (P10 overall), while Petru Umbrarescu (#86) set the 8th time in Silver Cup (P17 overall). 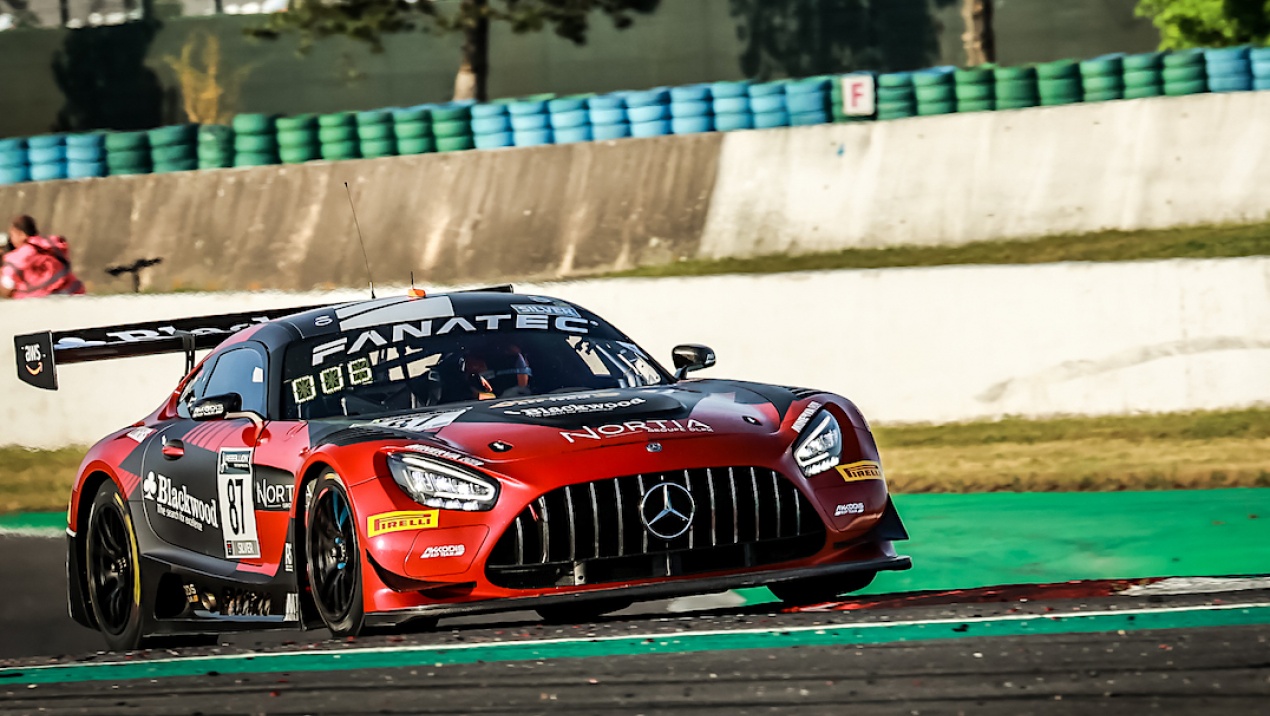 Race 1: Another podium for Marciello/Boguslavskiy!

The start of the first race was given at the end of the day as the sun was still warming the track. As the lights went green, Timur Boguslavskiy (P6) was very incisive and passed teammate Thomas Drouet (#87). Jim Pla had a successful start and gained two places (P8), while Petru Umbrarescu held onto his position (P17). At the front, the pace was quickening.

After 20 minutes of racing, the positions remained unchanged. Timur Boguslavskiy was still P5 and continued to push as hard as he could to get close to the lead, followed by Thomas Drouet (P6) and Jim Pla (P8).

When the pit window opened, Raffaele Marciello (#89) made his entrance into the arena. Thanks to the rapidity and efficiency of the Akkodis ASP Team mechanics, he headed out P4 and went straight into attack mode. Then Casper Stevenson (#87), Maxi Götz (#88) and Igor Walilko (#86) took their second stints. Once more, the speed of the handover made all the difference and allowed Stevenson to leave the pits in the lead of the Silver Cup.

This second part of the race was looking to be intense. Lello Marciello chased down the leading trio and wasted no time in catching his prey, at the same time setting the best laps in the race. With 26 minutes to go, Casper Stevenson, strong Silver Cup leader, is the victim of a misunderstanding with a competitor coming out of the pits and suffered a small spin in the Estoril corner. He managed to get back on track without any damage but lost two places and went from first to third in Silver Cup (P8 overall). Maxi Götz was P9 and Igor Walilko P16 (P8 Silver).

Now in P3, Lello continued his run and came up on the two leaders without lowering the pace. Glued to the #11 Audi’s exhaust, the Swiss rocket claimed second place 11’ from the chequered flag. The duo of Lello/Timur gave themselves a wonderful podium. Casper Stevenson managed to resist the assaults from the #33 and held onto the third step of the Silver podium (P8 overall). Maxi Götz (and Jim Pla) finished P10. After a very good stint Igor Walilko and Petru Umbrarescu were P7 Silver. 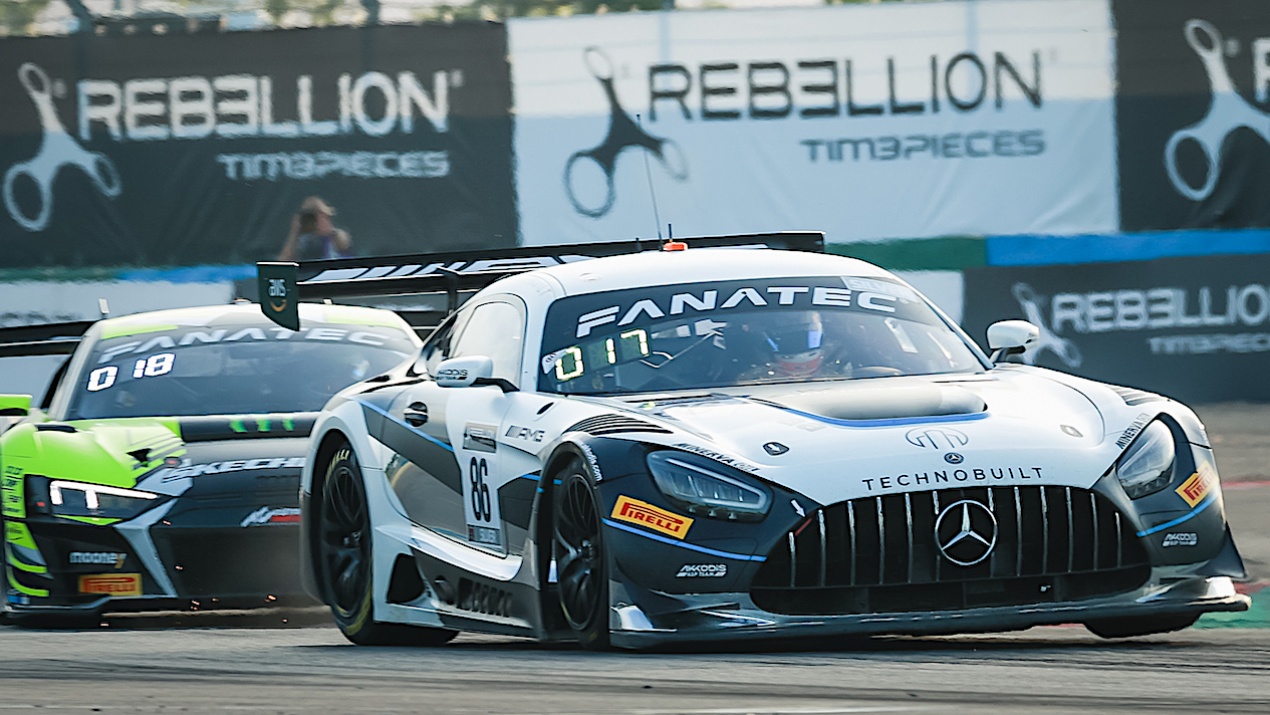 The final race of the weekend got off to a flying start. Lello Marciello (#89), holding off his teammate Maxi Götz (#88), was not long in making his move, wanting to put as many seconds between himself and his pursuers. No sooner said than done, the Swiss/Italian driver put in a string of best laps, leaving the pack to tear each other apart.

From second place, Maxi Götz (#88) resisted for a time the various attacks, but after a slight contact, he had to give in to the pressure from the #33 and #25 Audis and ended up P4. In the manoeuvre, the German driver was slightly knocked by the #25, but managed to hold onto the good line and stayed on track.

When it was time to change drivers, Marciello had created a 15 second gap and handed the wheel over to Timur Boguslavskiy with a comfortable lead. Just after having climbed into the #88, Jim Pla did not miss the chance to regain a position, driving a wedge between the Audis. The Frenchman kept his cool, determined to gain some terrain.

In the lead, Timur managed his seconds lead with control and kept his advantage almost intact. At the end of a clean race, the driver of the #89 crossed the line with a 13.6 second lead, a never before seen lead in the Sprint Cup.

Lastly, the #33 and #25 Audi got a time penalty after the chequered flag, which allowed Jim Pla to climb from third to second place and for Akkodis ASP Team to score a wonderful one-two. 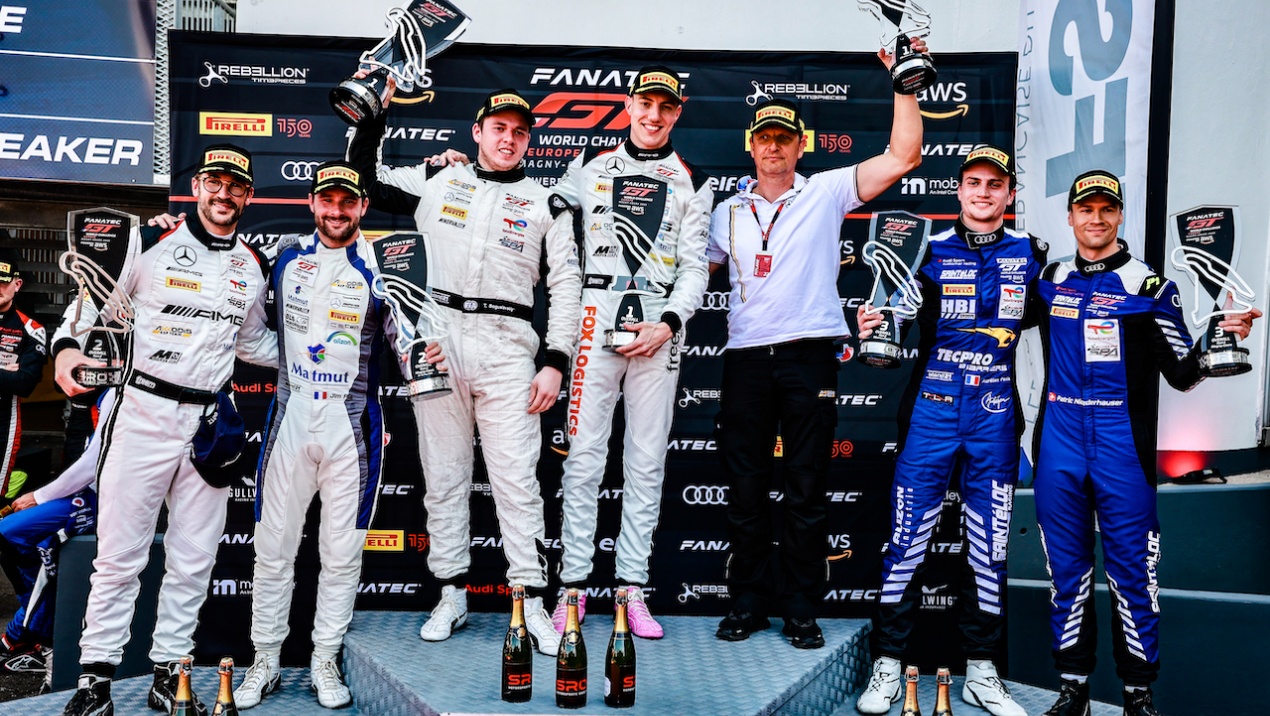 In the Silver Cup, the race was not very calm. Regaining positions from the back of the grid (after a penalty), Thomas Drouet and Casper Stevenson (#87) did not steal their third place in the category and their second podium of the weekend. After the two podiums in Brands Hatch, their consistency is paying off as the Frenchman and Brit are now in second place of the overall driver’s classification in the Sprint Cup Silver Cup.

Not as much success this weekend for Petru Umbrarescu and Igor Walilko (#86), never really satisfied with the balance of their Mercedes-AMG GT3, P8 Silver in Race 2, after an off-track experience. This crew is clearly able to get on the podium at the next event on a track they know well.

Now leading the team and driver categories in the Sprint Cup, Akkodis ASP Team and the duo of Marciello/Boguslavskiy will have to keep it going at Zandvoort on the 18th and 19th of June. Leading the overall classification of the GT World Challenge Europe (Sprint + Endurance) Raffaele Marciello will have to score a maximum number of points during the next Endurance round on the 4th and 5th of June, at the Paul Ricard circuit, for the 1000km. 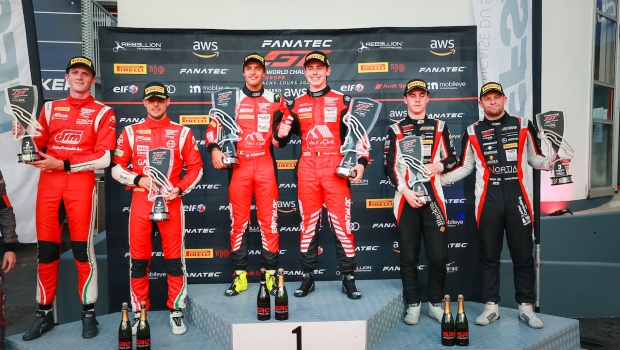 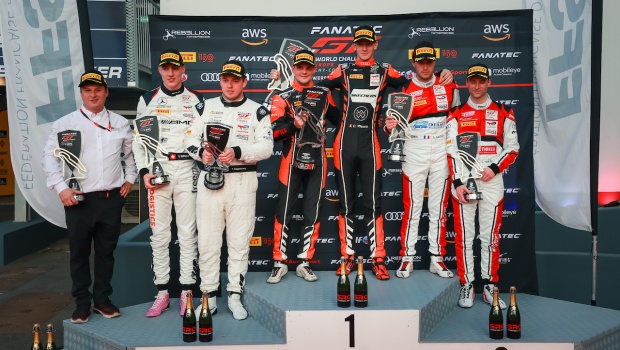