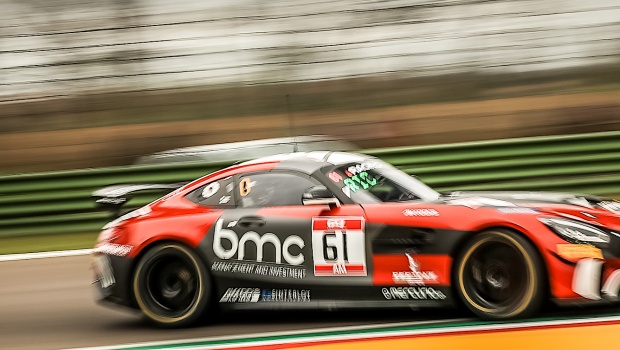 As of the free practice sessions, Jim Pla (#87) picked up right where he left off last season and set Akkodis ASP Team at the top of the first free practice session. The record holder of the greatest number of best race laps in 2021 let loose and took the reins of the field, followed closely by his teammate Simon Gachet in the #81 (P8). The second session resembled the first, Jim Pla leading once again and Simon Gachet (#81) improved his position, P6. In AM, Mauro and Benjamin Ricci (#61) were in the Top 5 of the category, and the crew of the #53 P8.

The “Pro” drivers were the first to head out in the qualifying session. Jim Pla (#87), who set excellent times, was nevertheless beaten by 0.075s at the very end of the period, in his last flying lap, somewhat hampered by heavy traffic, just before a red flag ended the session. Simon Gachet (#81), performing strongly, set the third best lap and claimed a second row start for the first race, right behind his teammate. There was also considerable fighting in the AM category, with Benjamin Ricci (#61) P5 and Pascal Gibon (#53) P12. The second session was marked by a series of disruptions, including a red flag following a major incident, that did not leave much time left to set a lap time. Jean-Luc Beaubelique (#87) was quickest in the team with P14 Pro-AM, whereas Eric Debard (#81) closed the session with the rear right suspension broken (P16 Pro-AM). Christophe Bourret (#53) and Mauro Ricci (#61) were respectively P10 and P11 AM. 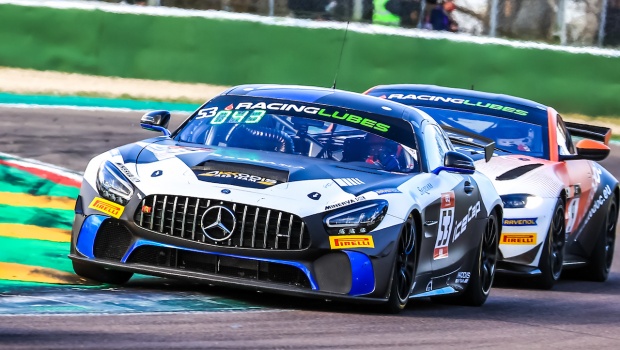 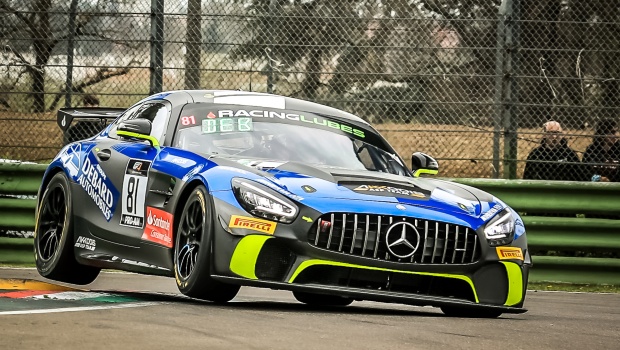 The first race took place late Saturday afternoon under a beautifully clear sky. Jim Pla (#87) managed to leave the grid without any issues and kept his second place, just as Simon Gachet (#81) kept third right behind him. As the leading trio slowly widened the gap, Benjamin Ricci (#61) and Pascal Gibon (#53) climbed 6 and 5 places overall respectively.

As the laps went by, the fight got more intense in each category, and contacts increased. With 42 minutes to go, the first Full Course Yellow (FCY) was called, followed by another incident, having caught out a few drivers. Ten minutes later, the competitors were released, just as the driver change window opened. Jim Pla was still in P2 and Simon Gachet in P4 stayed behind the wheel as long as possible and did not let up on pressuring the leader, keeping the pace very elevated. Mauro Ricci (#61 P7 AM) and Christophe Bourret (#53 P9 AM) went into action. After the driver change, Jean-Luc Beaubelique (#87) was still P2 Pro-AM and Eric Debard (#81) P4. With 13 minutes to go, another FCY was called, followed by a Safety Car.

When the lights turned green again, there was only 5’45 minutes of racing left… but a few seconds later, there was another incident and another Full Course Yellow. The finish was given under yellow flags. The Beaubelique-Pla tandem (#87) climbed onto the second step of their first podium of the season (P4 overall) whereas Eric Debard (#81) crossed the finish line 6th in the category (P11 overall). After some great fights in the AM category, Mauro and Benjamin Ricci (#61) were P7 and Christophe Bourret and Pascal Gibon (#53) finished P9. 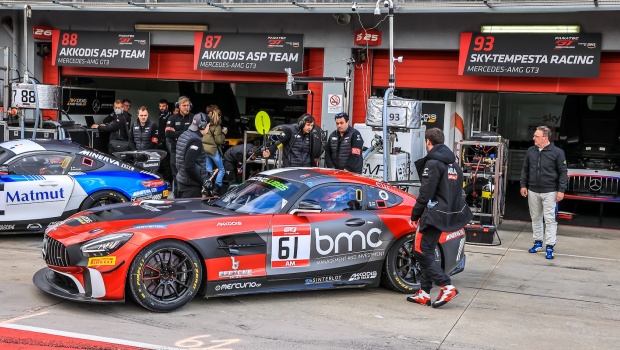 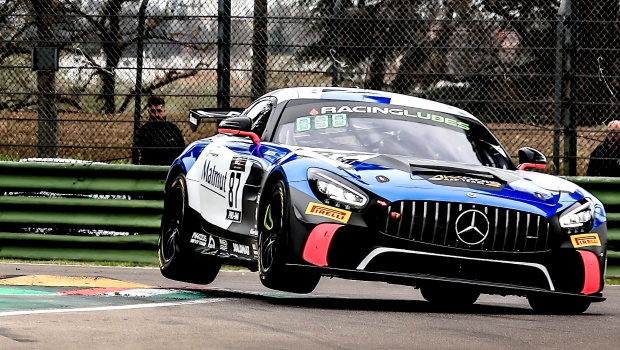 Early afternoon on Sunday for race 2 and the weather was still good. After the two required formation laps with just as many cars on track as the day before, the beasts were released. Eric Debard (#81) had a great start and won four places to set himself right behind Jean-Luc Beaubelique (#87). Some jostling at the front in the very first metres of the race brought out the first Safety Car. After a 10-minute interruption, it was back to business, but 5 minutes later, another FCY was called. Green flags were waved with 40’ to go. Eric Debard (#81) was P28, Jean-Luc Beaubelique (#87) P30, Mauro Ricci (#61) P7 AM and Christophe Bourret (#53) P11. Finally, after the finish, the crew of #87 will be ranked P3 overall.

As soon as the driver change window opened, the AM drivers gave way to the Pros. Jim Pla and Simon Gachet headed out on the hunt and started their ascent. After 20 laps, Jim Pla (#87) climbed up to P18 and set (provisionally) the best race lap. Simon Gachet (#81) was P23. In AM, Benjamin Ricci (#61) went to claim third place in the category and fought determinedly in the middle of the pack, just as Pascal Gibon (#53). Unfortunately, 10 minutes from the finish, Gibon went a bit wide and ended up in the gravel bed and could not get out. A third FCY was called, and like the day before, some drivers were caught out, which caused two more accidents. The minutes ticked down and the race did not restart, with the finish given under yellows.

This first Italian round bodes well for a very competitive season in all categories. The next round in the GT4 European Series will lead the teams to the south of France, at the Paul Ricard circuit, from the 3rd to the 5th of June.