FFSA GT4 French Championship - Defending their titles and why not add a third? 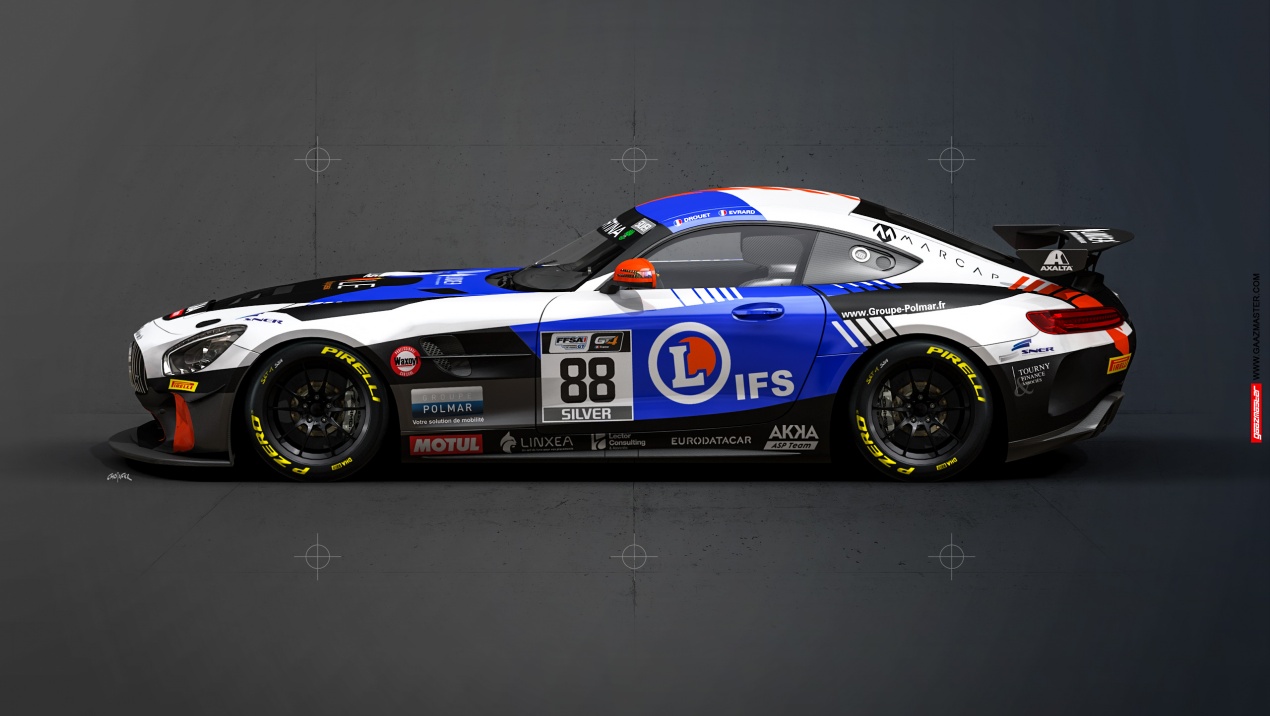 Special mention to the reigning Pro-AM champion, Thomas Drouet. The young prodigy discovered by Jérôme Policand will take the Silver Cup on this season, alongside another young driver who made their debut last season with the team, Paul Evrard, third in the Silver championship (and Top 10 in Europe). Their shared hunger for success and their professionalism should work wonders. One from Gers and one from Normandy, the duo promises to be quite a pair. This new team, with its excellent individual performances, should be able to quickly get into the game and fight for the lead. 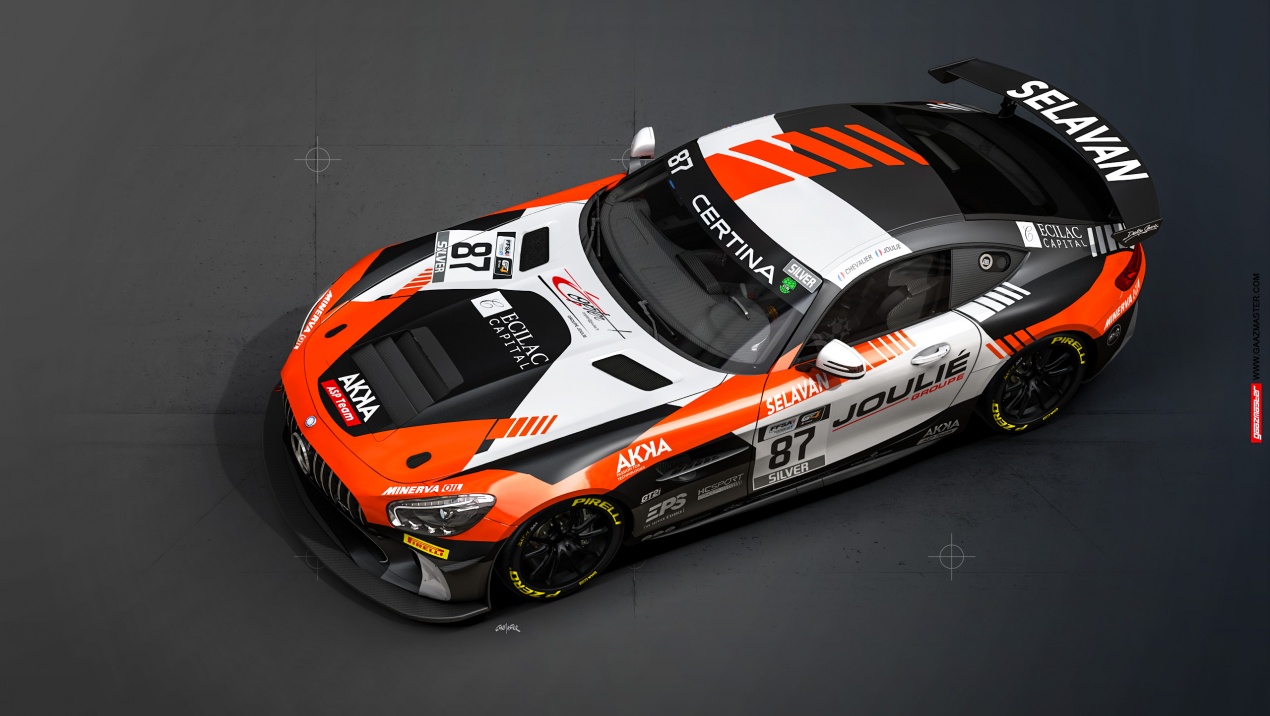 The second crew entered in the Silver category will have some novelty, being new to the team but not to the discipline. As a matter of fact, Enzo Joulié and Hugo Chevalier already competed in GT4 in 2021. In the Top 5 of the French championship in the Silver category (P13 in Europe), Enzo Joulié discovered the discipline and the Mercedes-AMG GT4 last season. After karting and Formula 4, this young driver (almost 18) got himself noticed behind the wheel of a GT car. Only slightly older (21), Hugo Chevalier had a slightly different track. Following the karting tracks and Formula 4, he entered the GT world by becoming the “Espoir” Porsche Carrera Cup France 2018 (for Junior Rookie drivers). Then followed the GT World Challenge Europe with Bentley and the GT4 European Series (Pro-AM) in 2021 with a one-off in FFSA GT, in which he got pole position in Albi. 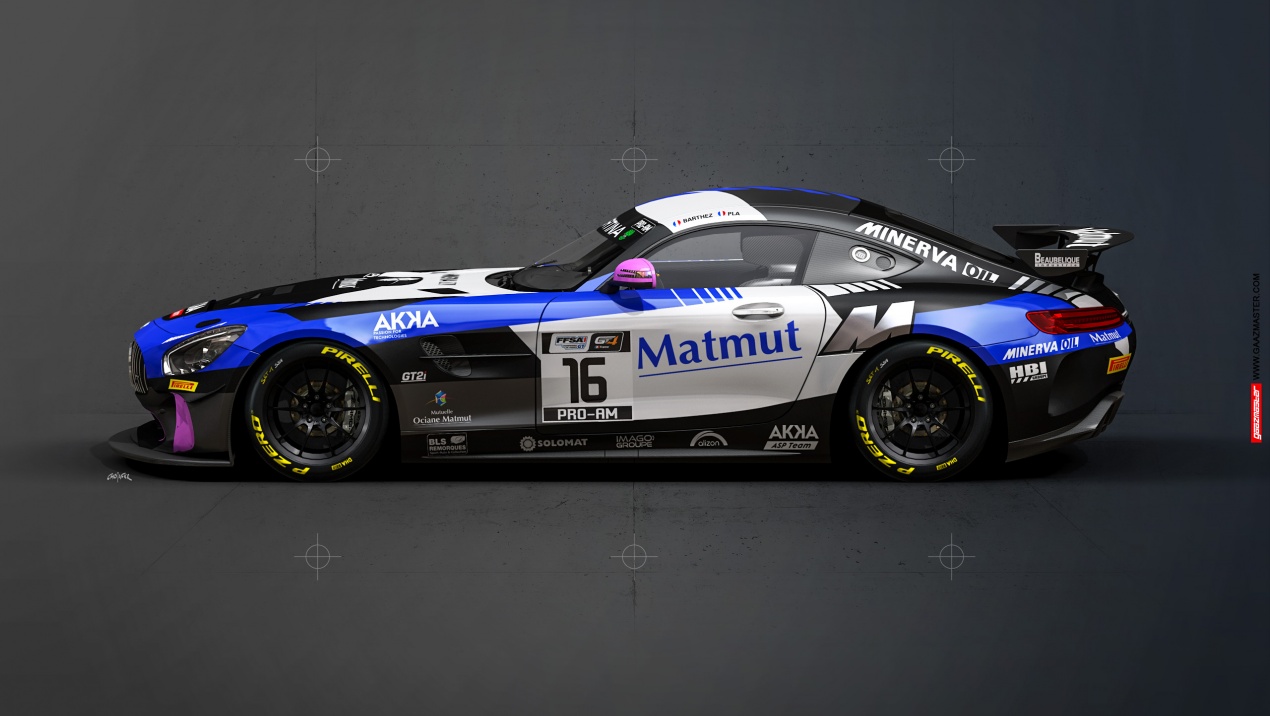 In Pro-AM, there are two crews worth closely following. The first is new but the drivers already know each other very well. Fabien Barthez, 2013 French GT Champion, who drove with Thomas Drouet in 2021 but was not crowned with a title, having missed out on the round at Spa, is out for revenge. A precise, consistent and competitive driver, Fabien will be counting on a top-notch teammate to reach his goal. He will be sharing the #16 with Jim Pla, GT4 European Series vice-champion. As 2018 France Pro-AM vice-champion, Jim would like to add this other title to his rich list of achievements as well. 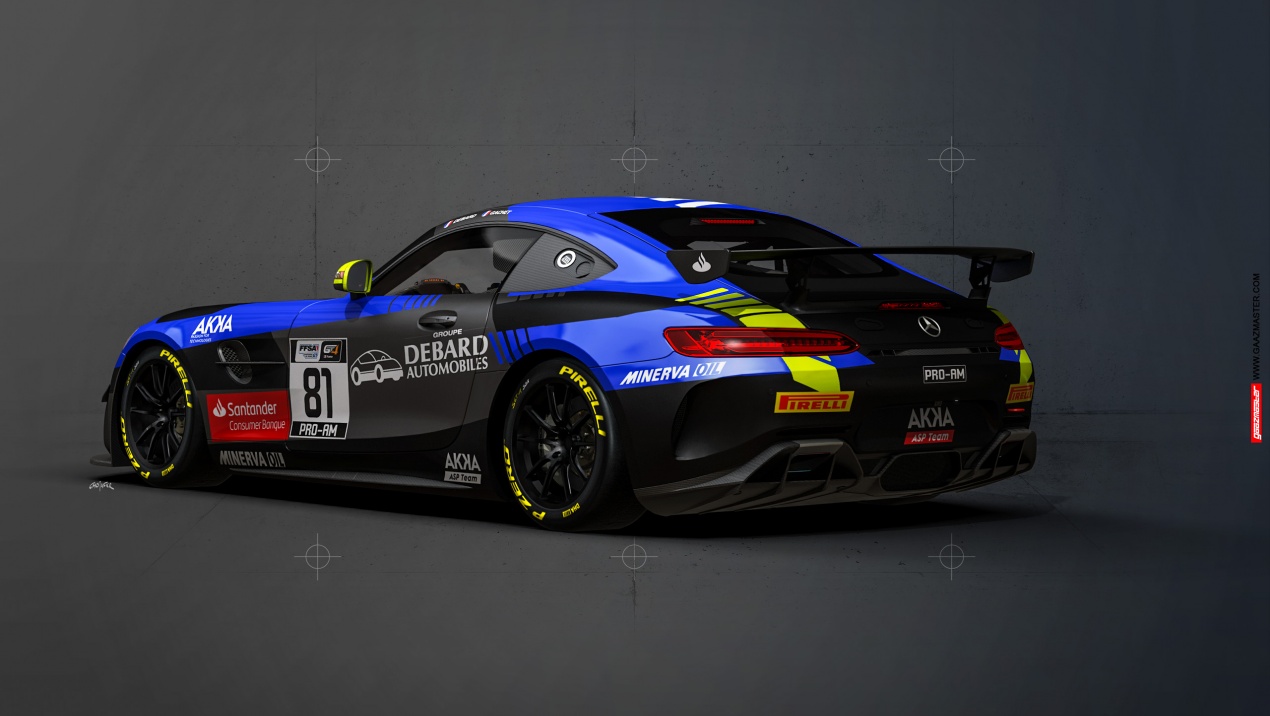 The second Pro-AM line-up is already well established. Eric Debard (France FFSA GT Champion in 2009 and vice-champion in 2012) and Simon Gachet know each other like the back of their hand and their collaboration has often proved to be very effective. Sixth in the championship in 2021, they won last September in Lédenon, joining the very exclusive club of drivers who have scored a victory in the three categories (GT1, GT3 and GT4). This first victory for the crew of the #81 also saw them awarded the Robert Besnoit Cup, given to the most combative crew. To be continued…

In 2021, Team AKKA-ASP came close to winning this highly competitive event, as did the crew of Jean-Luc Beaubelique and Jim Pla, both of whom had to settle for the title of vice-champion. In 2022, we’ll take the same setup and start again (just about). Two crews will be entered in Pro-AM and two crews will defend the Team’s title in the AM category. With an ultra-competitive field, this sprint championship always offers lively races where the spectacle is regularly on display.

In Pro-AM, the vice-champions return and signed up for another go. Jean-Luc Beaubelique and Jim Pla, a duo that needs no introduction, will be keen to complete the task. Having performed well throughout last season, with two victories and three podiums, this “historical” Team AKKA-ASP crew never backed down. With this same spirit, these two companions will try to impose themselves in the final classification, while preserving a precious thing in their eyes, having fun at the wheel of their Mercedes-AMG GT4! 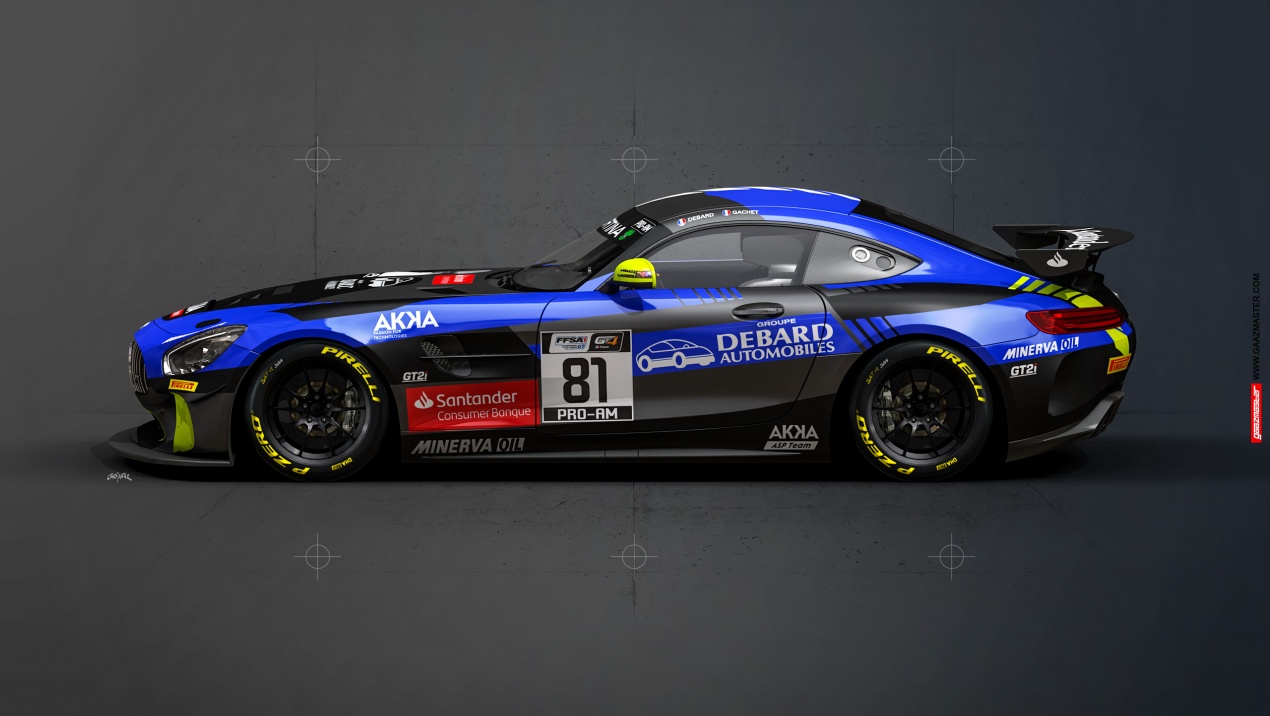 The second Pro-AM duo will line up for the first time in the GT4 European Series. Entered in a double GT4 programme, France and Europe, Eric Debard and Simon Gachet will also be on the hunt for success. The consistency of this crew will be an asset to fight at the heart of this demanding high-level field. Their perfect knowledge of their car and of the tracks will be advantageous in getting right into the fight. 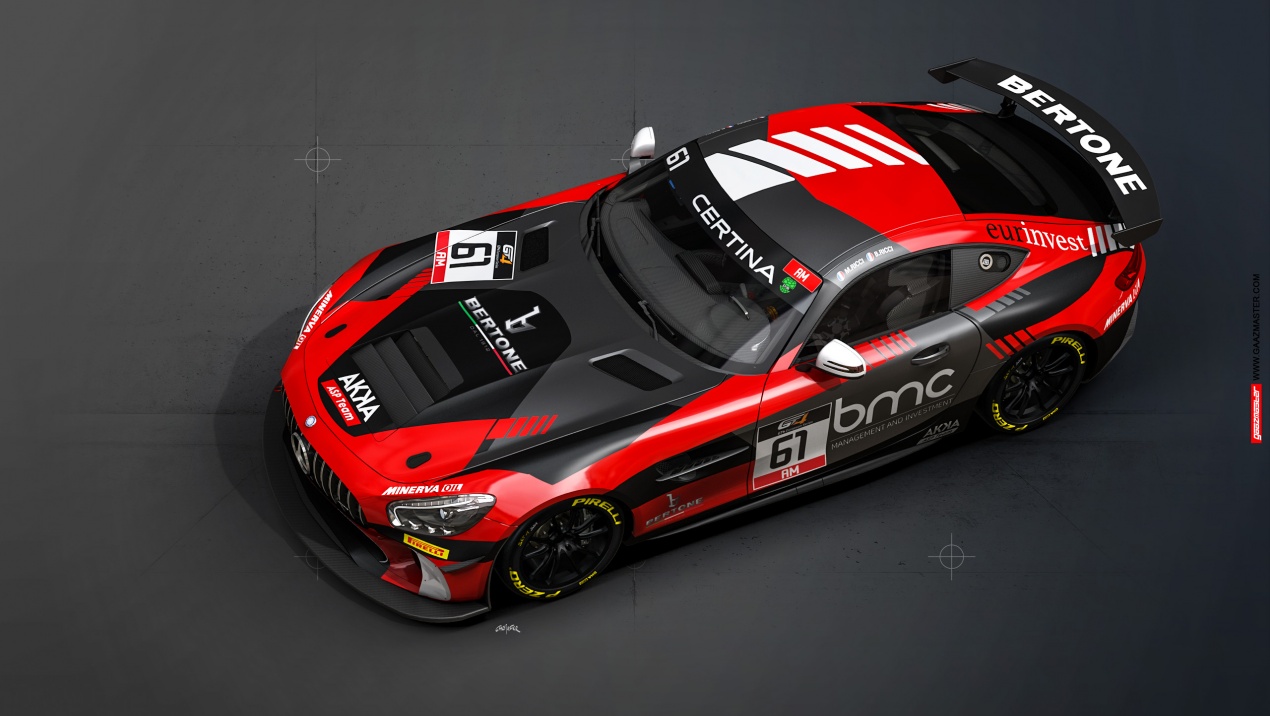 In the AM category, two crews will come into play. The first, made up of Mauro and Benjamin Ricci, took part in the 2021 championship and was classified in the Top 5, after having climbed twice onto the podium. It’s not easy in the AM category, with its constant fights and highly aggressive attacks. The Ricci duo, father and son, proved their competitiveness and combativeness many times over. There is no doubt that this is a crew to look out for. 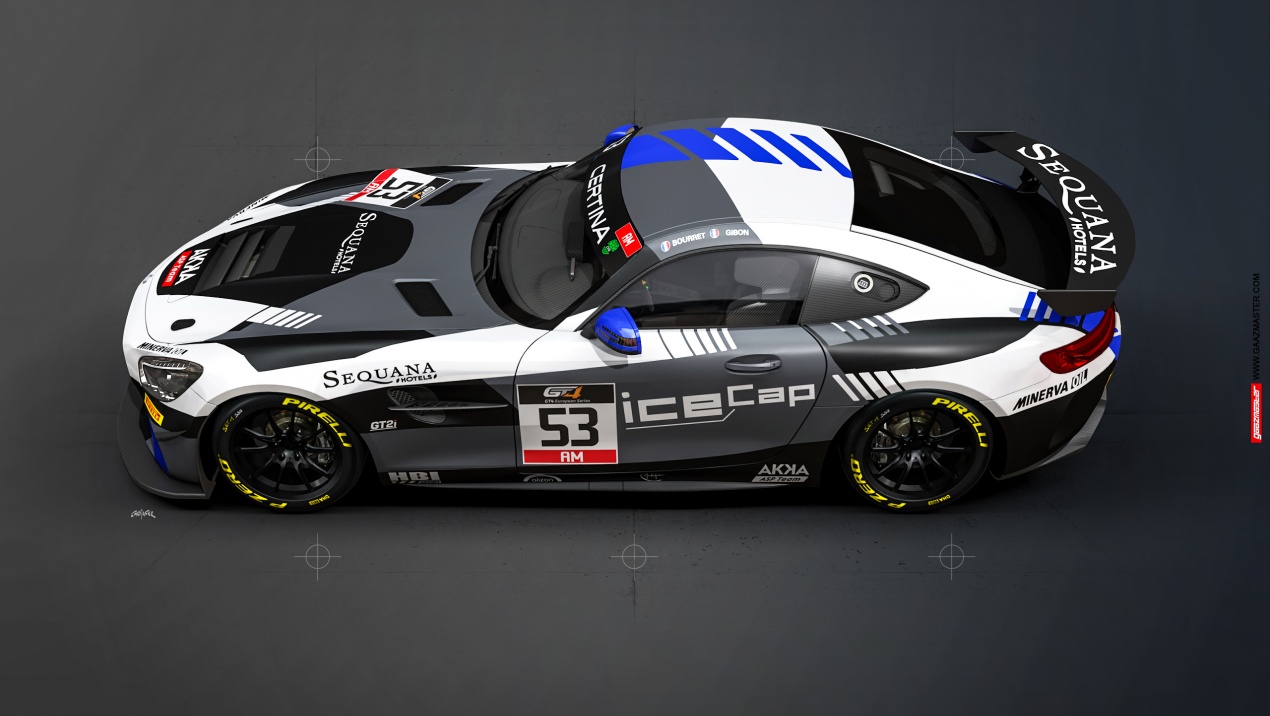 The second AM crew is making a return to the Team after a two year absence. After a few one-offs (including the 2021 finale in Barcelona), Christophe Bourret and Pascal Gibon will take part once more in the full season. Their great experience in the competition and of the European tracks will be important assets against tough adversaries.